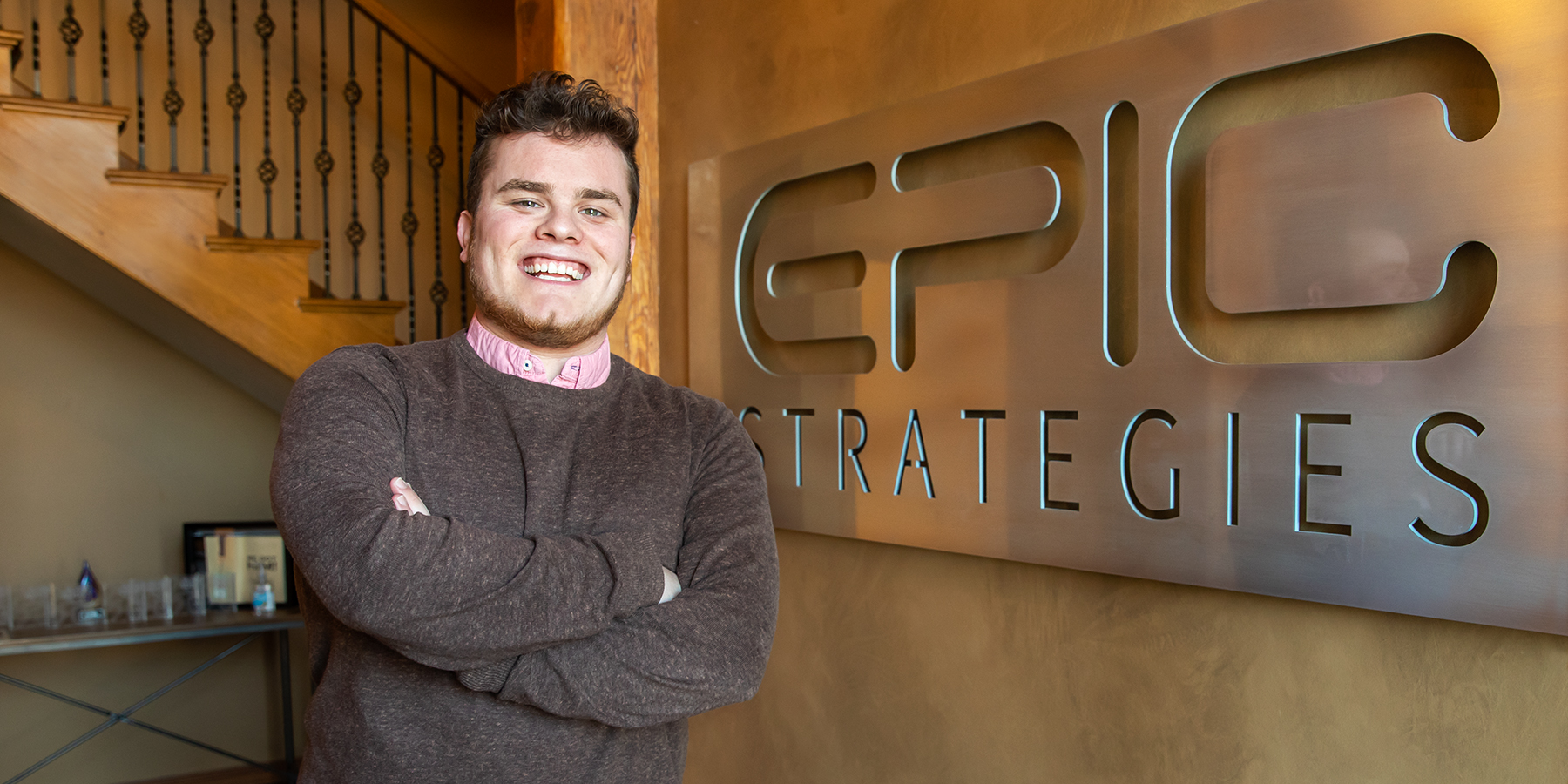 “I mean it when I say OTC – all the professional development and networking opportunities I did here – changed the trajectory of my life,” Garrett said, emphatically.

The Hillcrest High School graduate credits OTC for fueling his interest in politics. As a first-year student, he joined Politically Active, a nonpartisan student organization dedicated to improving the political literacy of students. Garrett served as vice president and president of the young organization, which thrived under his leadership despite the switch to virtual meetings and events in wake of the COVID-19 pandemic.

“Politically Active opened doors to a host of professional development opportunities,” Garrett said. “But on a deeper level, it gave me an understanding of the political process, of where my beliefs come from and how I can be a better citizen.”

After graduating with his Associate of Arts in Business, Garrett landed a job at Epic Strategies in Springfield. The full-service digital marketing agency provides traditional marketing and creative lead-generation services to brands.

“Despite mostly working in retail, OTC gave me this extensive, project-based resume that I took with me to my interview,” Garrett explained. “It’s the reason I got this job.”

In addition to working full time at Epic Strategies, Garrett is pursuing his bachelor’s degree in marketing with a minor in political science at Missouri State. He also recently accepted a position as campaign manager for a local school board candidate. As a result of his busy schedule, his spring semester is planned down to the hour. He maps out his days on a white board at home so he can visualize each task and how it contributes to his long-term goals.

“Personally, I enjoy the chaos of always having something to do,” said Garrett with a grin. “I sleep better at night knowing I had a day full of accomplishments – things that make me a better professional and, as a result, make my community better too.”

Looking ahead, Garrett hopes to run his own political marketing firm someday. He also says he would consider serving in a public office, should his path lead in that direction.

“No matter what I do, it’s got to benefit people and bring value to my community,” Garrett said. “That’s always the end goal.”

Driven by his purpose to help others, Garrett is sure to make a positive impact as a local leader or public servant – whichever his future holds.

Prep for OTC’s Job Fair with these tips from Career Services
April 26, 2021