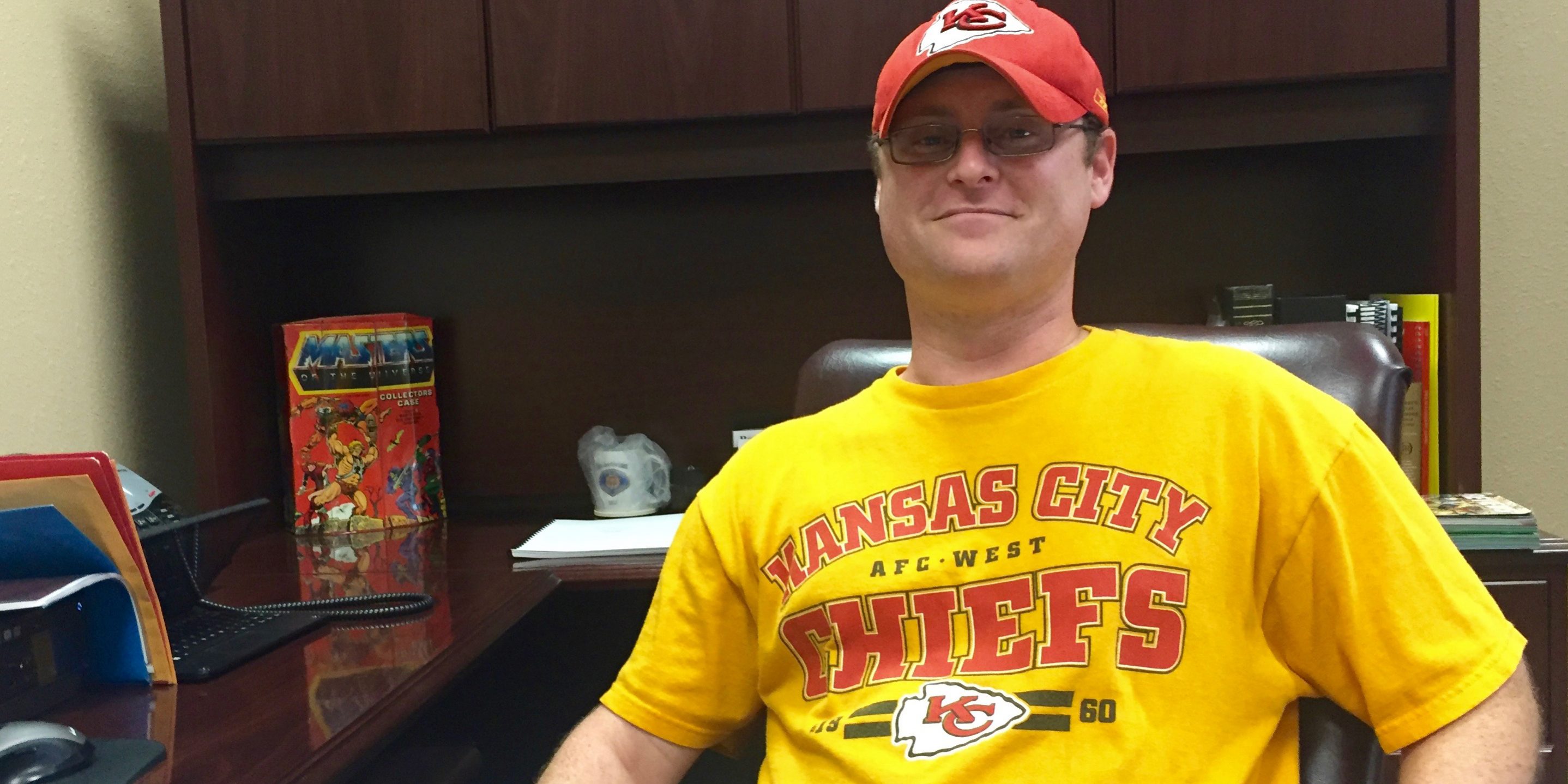 Sure, he may be wearing a Kansas City Chiefs T-shirt and hat at work. There may be a Mr. T doll from the “A-Team” television show on his desk, and a “Masters of the Universe” toy box on a table behind him; but, yes, Josh Ray is the mayor of Lebanon and an Army veteran.

Ray was elected to the office in April, and the OTC graduate is learning that effective governing takes a lot of time and effort.

“The mayor does a lot more than I thought. You handle citizen concerns. You make sure the grass is cut and the potholes are filled,” he said.

“My main job is to work with the City Council to help give direction to city staff. The last three or four months, we’ have seen gains in that direction compared to what it has been in the past.”

After serving three tours with the U.S. Army in Iraq, Ray returned to Lebanon and attended OTC from 2007-2010 where he took all of his classes in the Nelson Education Center. He graduated with an Associate of Arts degree, and went on to earn a bachelor’s degree in political science from Missouri State University.

“I took everything at the Nelson Center in three classrooms. Dusty Childress (now director of the OTC Lebanon Center) was my science and chemistry teacher,” Ray said.

Today, OTC has a new Lebanon Center operating on Highway MM about a mile from downtown Lebanon.

The mayor said his time at OTC helped him prepare for his future.

“OTC set me up for success at Missouri State. OTC forced me to get out of my comfort zone in Lebanon. I was working at Fort Leonard Wood and I was kind of in a bubble. I’d go to the Fort, I’d go home, cut the grass, spend time with the wife and my kids, go back to work,” he said.

“At OTC, I had to learn to interact with people more. To me, that was the biggest thing, gaining a better sense of what it means to be a part of the community.”

And that sense of being involved catapulted him into his political career after the owner of a business he worked for in town convinced him to join one of the city’s boards. After a few years of serving on the board, Ray decided to run for mayor when he saw only one other person was running unopposed.

“So, I got involved to offer an alternative. I didn’t think I had a snowball’s chance,” he said.

“I ran on the idea of not sitting on the sidelines, getting involved. I guess that resonated with people,” he said.

Ray runs a tech repair shop, which also houses a toy store. That explains the toys in the office and his fondness for video games.

“I think people like that I’m approachable. I’m here dressed in a Chiefs t-shirt and hat and I’m wearing blue jeans. I don’t have a lot of preconceived notions about people,” he said.

Ray isn’t sure about his political future.

“I think this is about it for me, being mayor. The question is that after four years, have I done enough that someone else will want to come in and take over? If I feel someone coming is sharp and will build on what we’ve done, I won’t run again,” he said.