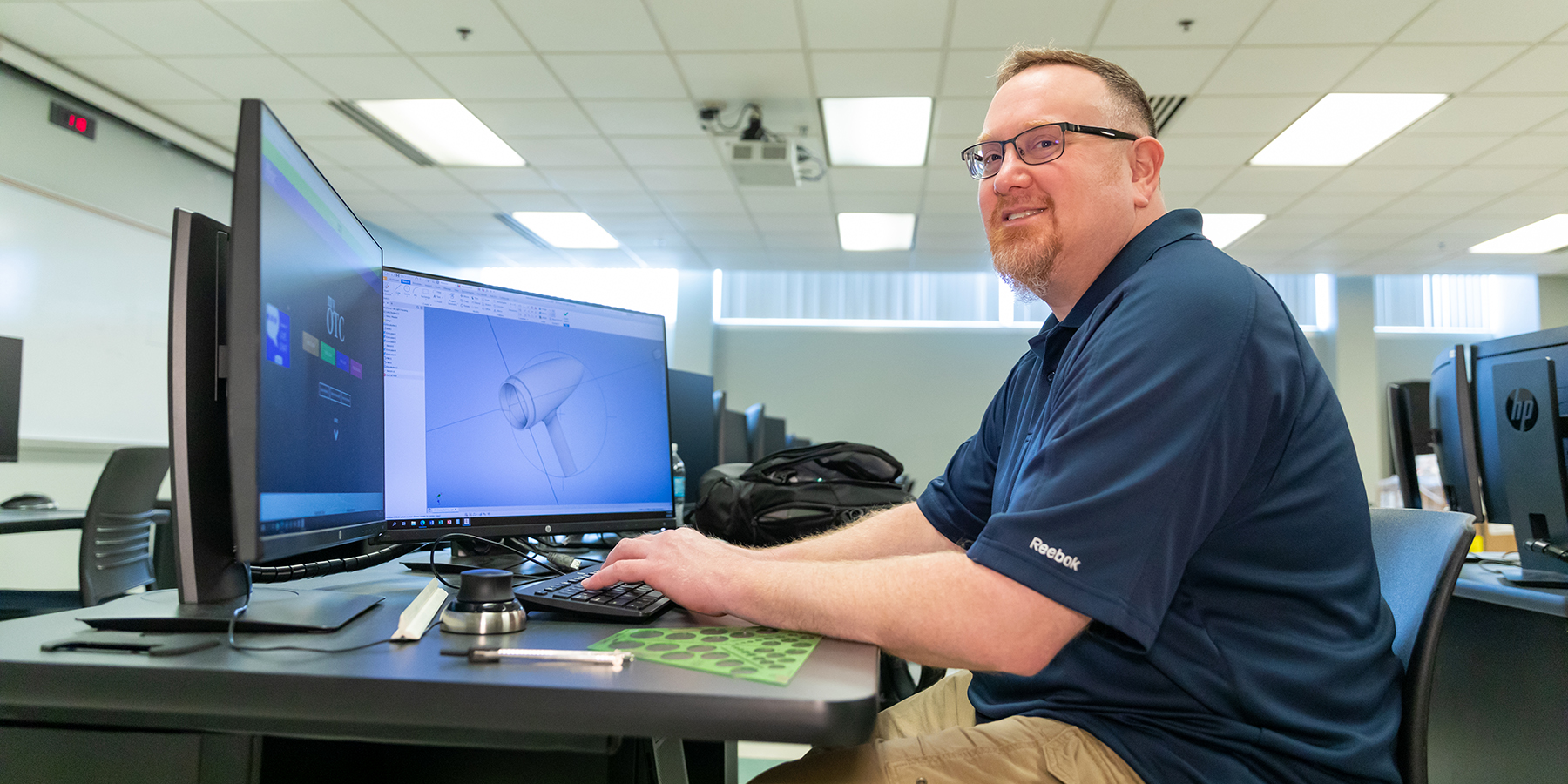 At 48 years old, this is not David Walden’s first time pursuing higher education. After graduating high school in the early 90s, Walden began college at a small, private four-year university, but “I wasn’t ready for college,” he said. Later, Walden made his way to the now-defunct, for-profit Vatterott College in Springfield, where he first studied drafting.

“I didn’t fully understand the importance of attending an accredited school back then. The drafting program was a certificate only, and it was not comprehensive like the associate degree I’m earning now from OTC,” Walden said.

Even with a certificate, Walden got a job working for a boat plant. “It was a good starting job, but they were behind on technology,” Walden stated.

Walden eventually worked at Southwest Baptist University in Bolivar as a security officer while his wife finished college. Once she graduated from SBU, Walden enrolled at OTC, where he earned a degree in Graphic Design Technology more than ten years ago. Walden quickly found work in screen printing, but his job status was tenuous on the heels of the recession, and he eventually left the profession.

Not being afraid of work, Walden held a series of delivery jobs and even worked as a dental lab technician, but he wanted something more for his career. The chance to pursue a new career without paying tuition or fees spurred Walden to enroll in the drafting and design program at OTC using the Fast Track Workforce Incentive Grant. Fast Track covers the costs of education for students in high-demand careers. The state created this program with students like Walden in mind.

“I heard about Fast Track on the news and thought, ‘Why not go back to school? It’s never too late,’” Walden said. “Fast Track is great. It covers all of my costs except books. It’s a good way to get people skilled up for trades.”

Walden began working on his degree in the fall of 2021, and he plans to graduate next spring. Drafting and Design Instructor Ryan Friend has Walden in two of his classes this semester and says his work experience and background make Walden an outstanding student.

“David always asks good questions, and he’s always on top of all of his assignments,” Friend said. “I can tell he has previous drafting training.”

“It’s been easy to work with,” Walden said. “People may be burned out on a job or want to make a change. It’s easier to decide to make a change when the cost is not a factor.”