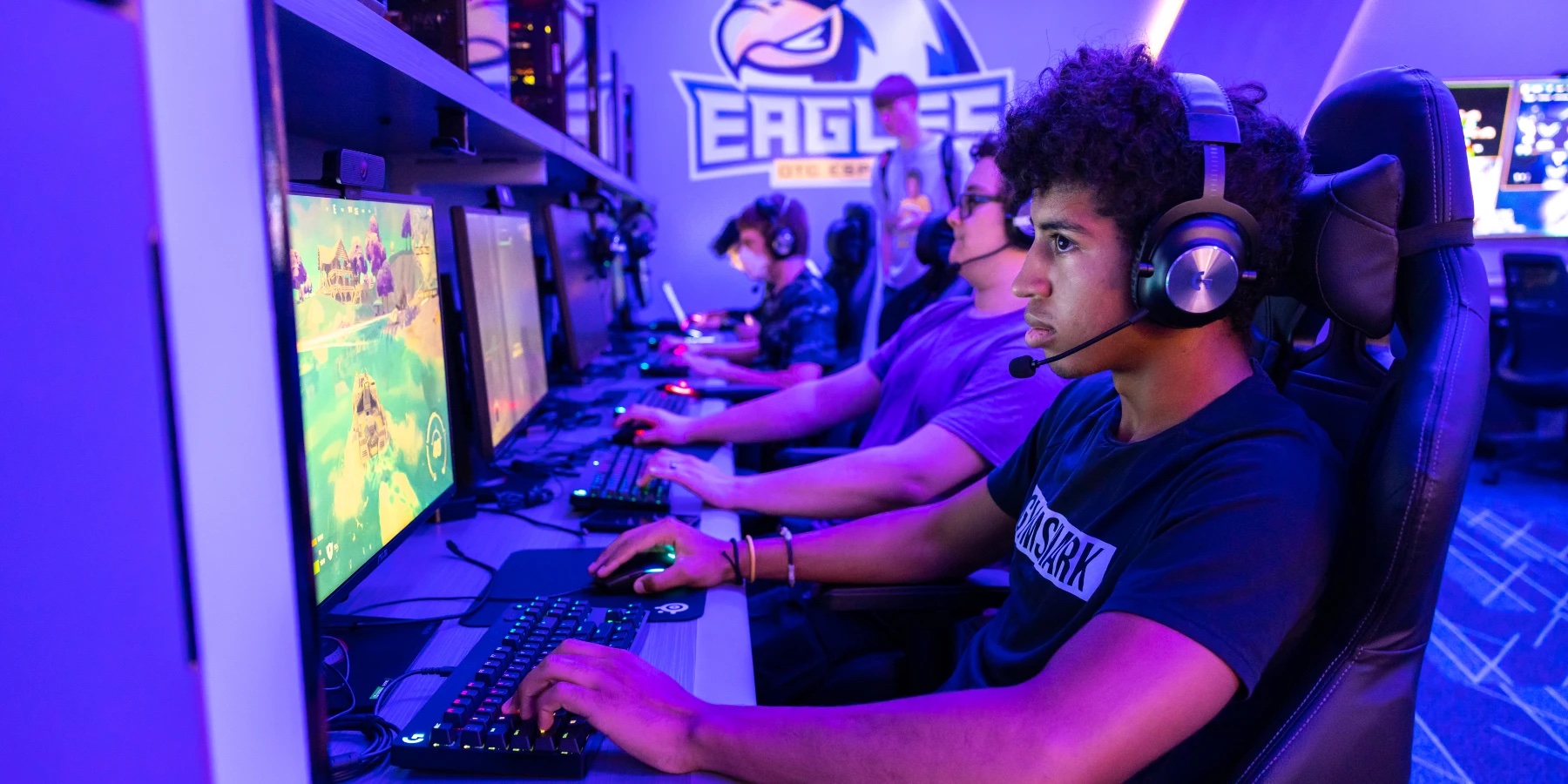 “We definitely had more students than we expected,” Dr. Ford said. “The competitive esports team is as large as we can manage right now.”

Esports launched at the college in the spring of 2022 when the gaming arena debuted at the Springfield campus, but the team didn’t begin competitions until the fall semester. OTC fielded teams in four games.

In some games, OTC had three teams competing at different skill levels against other colleges. Two teams even qualified for the playoffs, but that wasn’t the primary goal when the college decided to offer the student activity.

“We emphasized fun first, winning second,” Ford said. “It’s just been amazing watching these kids grow. We knew we had some talented players, but they did not know how to work together as a team. They have built team-building and communication skills throughout the season.”

For Tyson Mead, a first-year OTC student from Willard on the Valorant team, the connections he made extended far beyond the games.

“The social aspect is amazing. When you bring people together with a common interest, the bond you make is incredible,” Tyson said. “Next summer, I’m going to be roommates with one of my teammates. Another person I met through esports got me a job. Having people under one banner unites them.”

Tyson is studying computer information science and has a full-time job at Amazon. When he started school, Tyson planned on becoming a programmer, but now his career aspiration is to be an esports coach.

Like Tyson, Joey Powers switched career goals after joining the esports team. Joey started at OTC in 2021 as a culinary student but changed his major to computer science once he became involved with esports. Joey was on the Super Smash Brothers team, and, just like a football or basketball team, he and his teammates would review videos of their previous matches to analyze their strategies.

“We would practice every Thursday for three-to-four hours. Part of practice was watching a replay of our last match,” Joey said. “By reviewing how we played, we really improved.”

Besides the 39 esports team members, nearly 500 other students have used the esports arena to play games between classes or meet up with friends for group play.

Everything starts fresh in the spring with a brand-new season, and Ford is optimistic, “We’re only going up from here. Spring will be even better.”