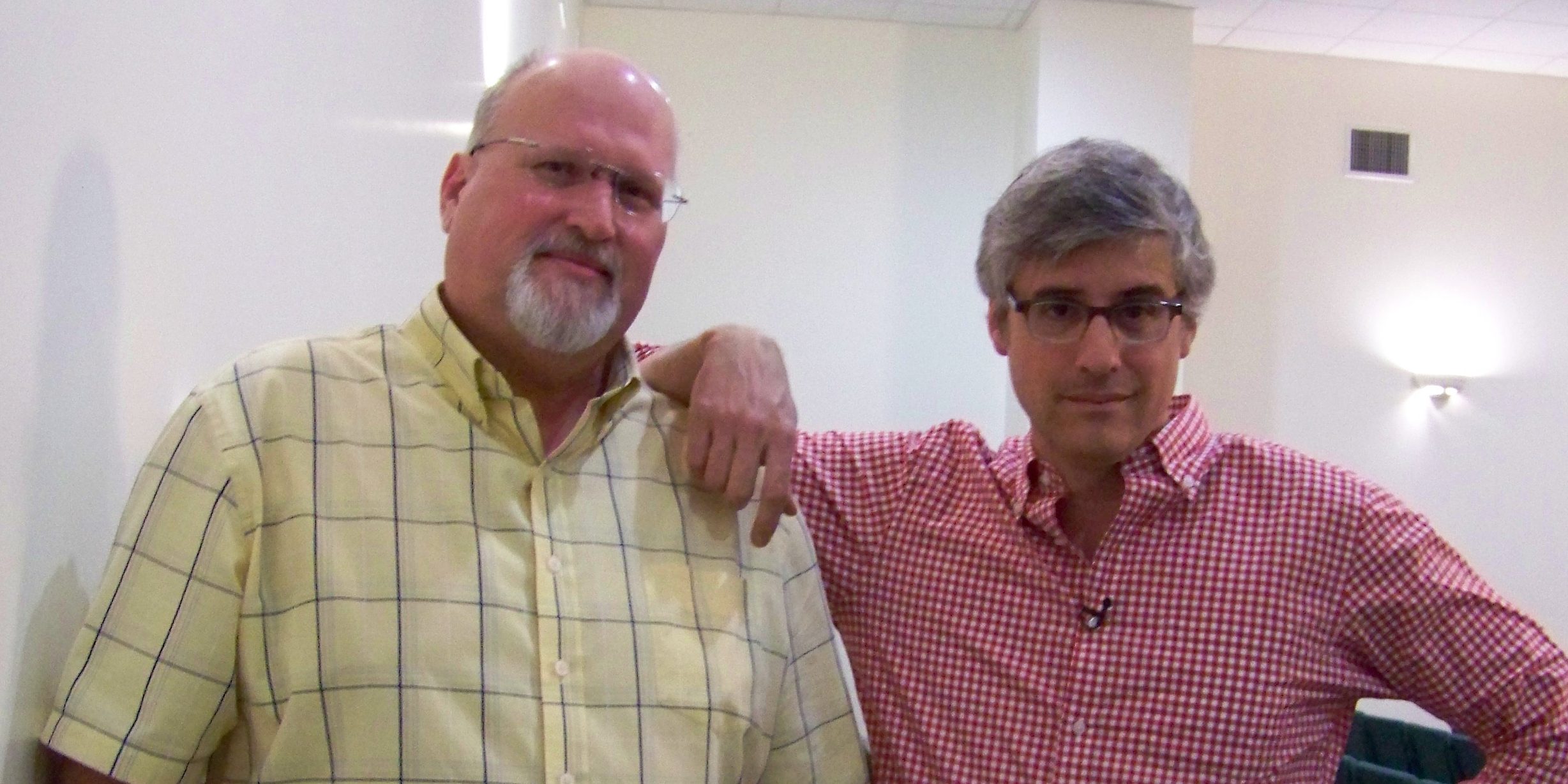 The OTC Bookstore employee gathers with everyone from Dawn Wells of “Gilligan’s Island” to Lulu of “Hee Haw,” not to mention dozens upon dozens of presidential descendants.

Kendrick is gathered with celebrities because of his family connection to Mary Todd Lincoln.

The presidential relatives, along with celebrities from classic television shows and movies, gather at the Missouri Cherry Blossom Festival in Marshfield each April to celebrate their roots.

“CBS Sunday Morning” featured the festival two weeks ago in a report by correspondent Mo Rocca. Kendrick was included in the story and met Rocca.

Kendrick has been studying in his family’s genealogy for more than 30 years and it was during his research that he discovered his link to Mrs. Lincoln.

“I was doing research when I got a letter from someone who said I was related to Mrs. Lincoln,” he said.

According to Kendrick, his fourth great-grandfather was the brother of Mrs. Lincoln’s grandfather.

“I just say I’m a cousin,” he said. “There are thousands of people related to her. I don’t try to publicize it too much.”

But it’s good enough to get him entrance to the reunion held each spring in Marshfield.

It’s there that presidential relatives flock and where, besides rubbing elbows with some presidential family member, you also might be lucky enough to see Karolyn Grimes who played Zuzu in the classic movie “It’s a Wonderful Life” or Maggie Peterson Mancuso who played Charlene Darling on “The Andy Griffith Show.”

Kendrick said he’s always been interested in history and that, in addition to being related to Mrs. Lincoln, he is finding possible links to Martha Washington and President Franklin Pierce.

Kendrick was surprised when Rocca and a crew came to Marshfield last April to film the event. Rocca stayed for three days and Kendrick had his picture taken with the well-known correspondent.

“Mo met with someone on the East Coast who was related to Grover Cleveland and he told Mo everything about the festival and he decided to check it out,” Kendrick said. “Mo has a real interest in presidents.”

There is no other place where presidential reunions take place except Marshfield, Kendrick said, and “the media has been overlooking Marshfield and what it’s doing.”