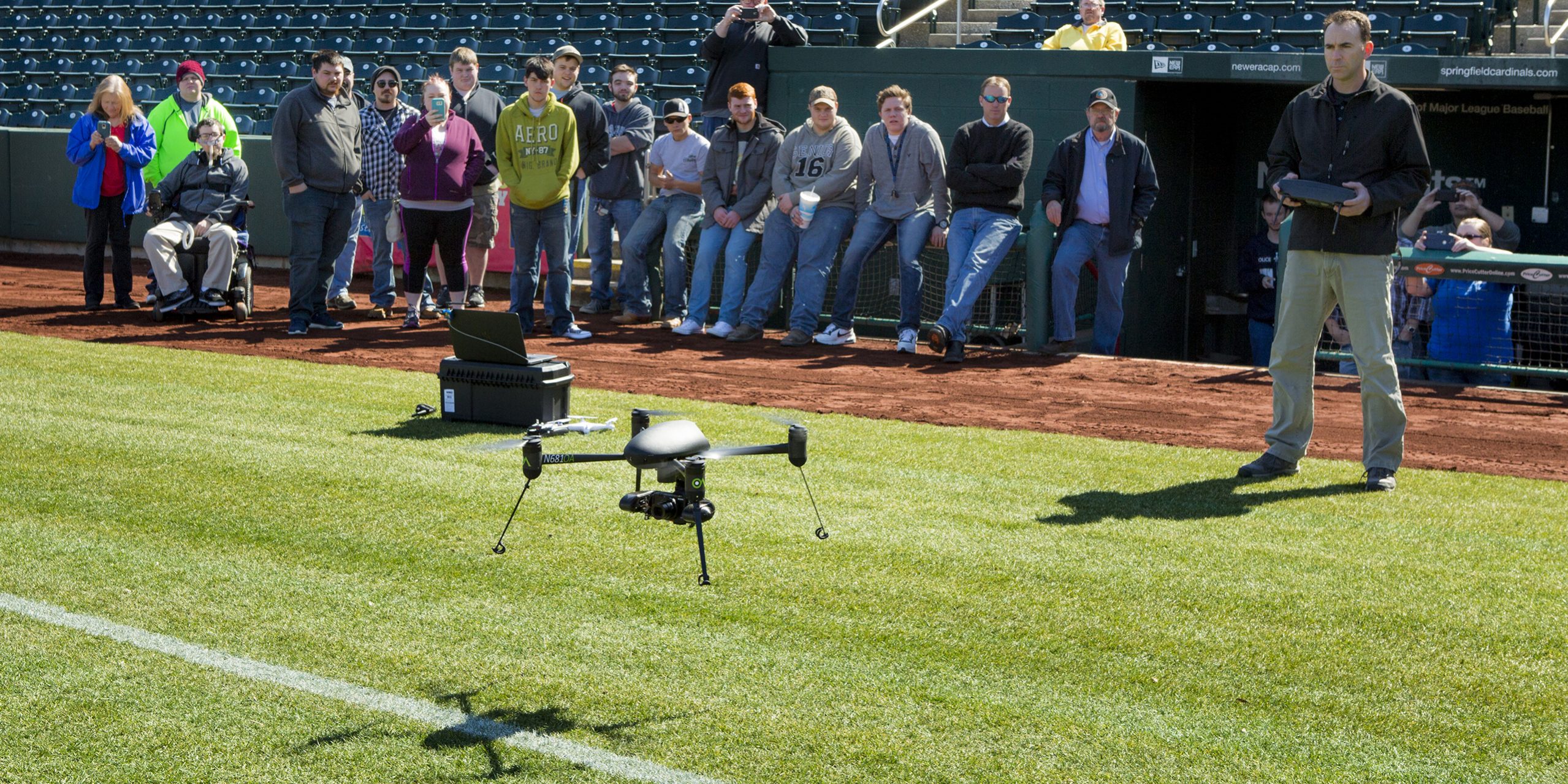 Something other than baseballs was flying through the sky at Hammons Field recently.

A group of OTC drafting and design students were at the baseball field Thursday, March 3, to watch a demonstration of drones and how they are used in the field for civil engineering and land surveying.

Representatives from Olsson Associates, a civil engineering and land surveying company with offices in Springfield, demonstrated for the students how the new technology works.

“I thought it was pretty incredible. I was impressed,” said Russell Goins, a student in the drafting and design class.

Preston Stoll, one of the instructors, said the demonstration was designed to show students how the drones are used in civil engineering work.

The drones can also be used to inspect wind turbines, water towers, the insides of large storage tanks and dams.

The drone used in the demonstration was valued at $25,000 and the operator was required to have a pilot’s license and had to alert the local airports that the drone would be flying in the area.

The drone was directed by a computer program to plot with photographs the entire baseball field to produce a detailed image from above that engineers could then use to produce thorough surveying maps of the land.

The whole process took less than 10 minutes. In cases where bigger plots of land need to be surveyed, workers on the ground might take up to a week to do the work. With a drone, that time is reduced to a day or less.

“This demonstration shows that the new technologies will require students to get more education,” Stoll said. “I thought this would be something cool to show the students.