From the couch to college — one homeschooler’s journey to OTC 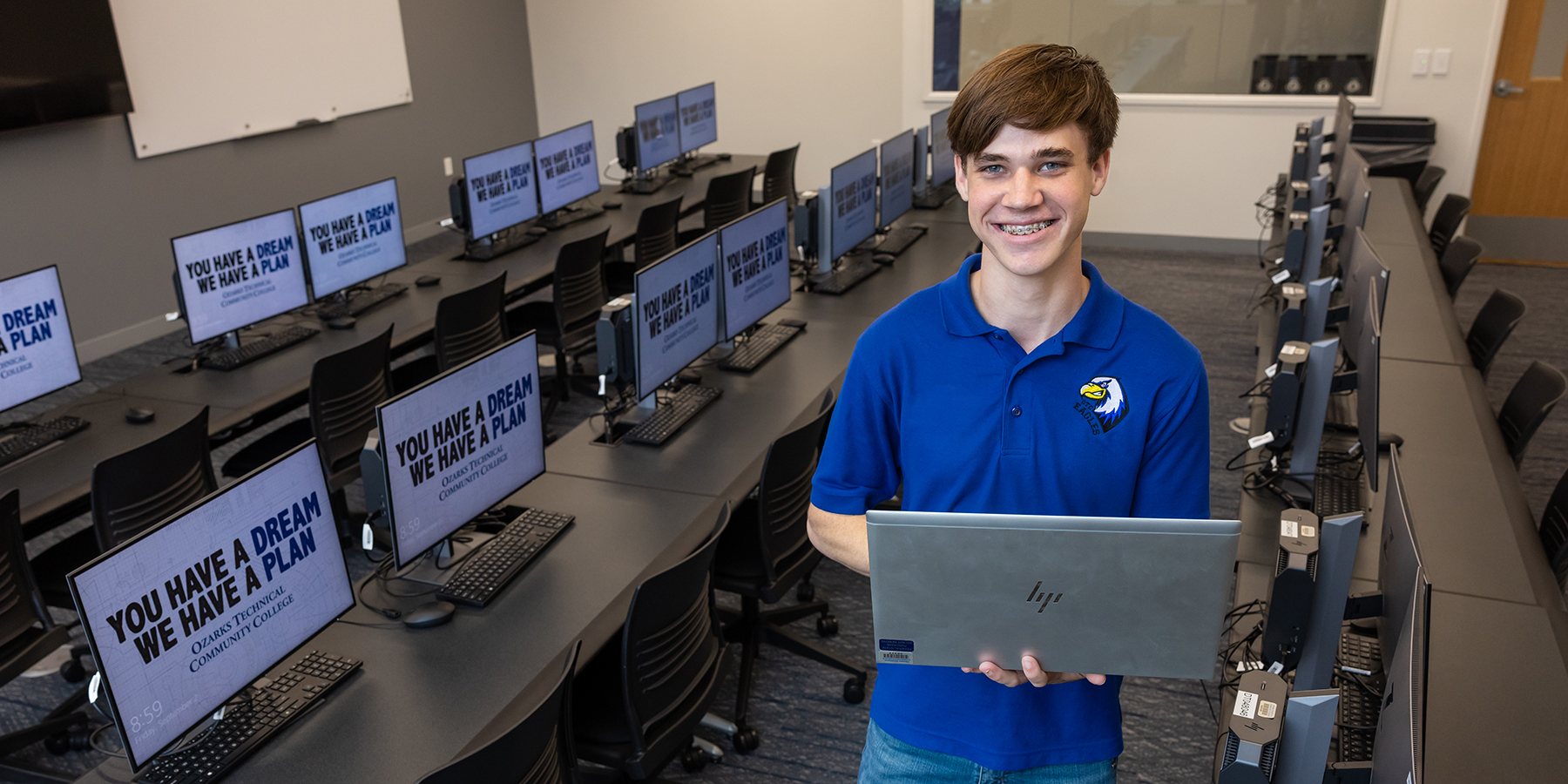 Joe Nachtigal never attended any school of any kind until he began taking classes at OTC. Now, at 19, he works full-time at the college, he's nearly done with his associate degree and he has zero college debt.

For Ozarks Technical Community College student Joe Nachtigal, OTC wasn’t just the first college he attended. It was the first school of any kind he ever set foot inside.

“I’d never attended school,” Joe said. “School used to be on the couch.”

At just 19 years old, Joe will finish a degree in Information Technology Infrastructure this fall, but he already has a job in the I.T. department at OTC.

A Nebraska native, Joe, and his family moved to Flemington, Mo., near Lake Pomme de Terre when he was 12. Like his four older siblings, Joe was homeschooled his entire life, and he learned some tech skills while living in the country with his family.

“I was my family’s I.T. guy,” Joe said. “My brothers and sisters would ask me to help fix their computers’ issues.”

At 16, Joe decided to attend the OTC Career Center for high school students, but he had to enroll in school first. Joe enrolled at Bolivar High School but never attended Bolivar High. HIs enrollment in high school allowed him to attend OTC free of charge and take advantage of the training opportunities in information technology infrastructure.

“When I came to OTC, I’d never been to a formal class,” Joe said. “I like the structure. Everything is scheduled and the same every day.”

Joe is no stranger to working. He grew up helping out on his father’s thousand-acre ranch, where he raises grass-fed cattle. Ranching involved battling high temperatures, tall grass and many ticks.

Information Technology work offers a much more hospitable working environment. Before Joe began working part-time at OTC, he worked for his sister at Ridgecrest Baptist Church while attending college. Joe assisted with all aspects of the church’s Sunday morning streaming broadcasts.

Over the summer, the college hired Joe full-time in user support after working part-time at OTC for about a year. He had an opportunity to work in the new Robert W. Plaster Center for Advanced Manufacturing, preparing classrooms for the start of fall classes.

This fall, he has two general education courses left to complete his associate degree, which he will finish about a month before his 20th birthday. Plus, he has zero debt and the Career Center to thank for his excellent start in life.

“The Career Center is a great opportunity to take some classes and see if you enjoy that subject,” Joe said. “Rather than rack up debt for a degree you don’t want.”