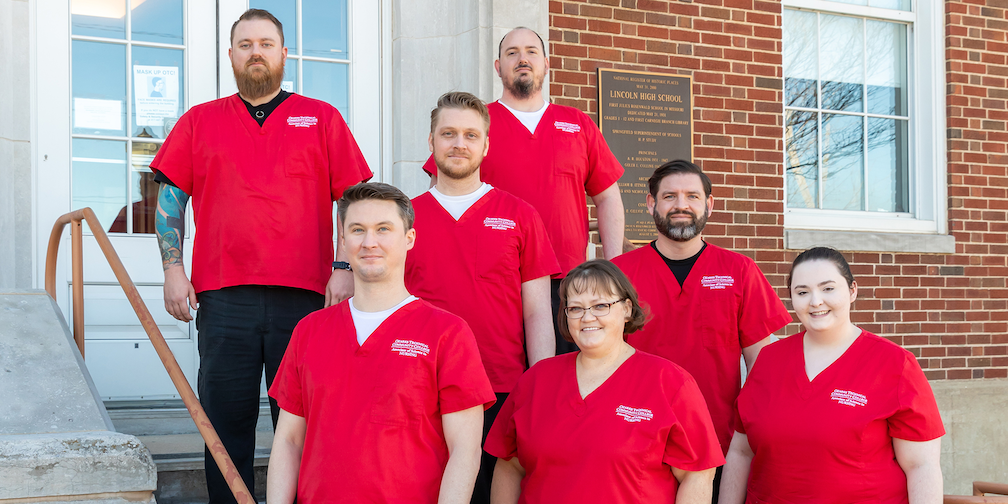 According to the Bureau of Labor Statistics, in 2021, less than 14 percent of all registered nurses were men. While the percentage of men in nursing has grown over the decades, women still dominate the field.

However, five of the seven graduates are men in the latest cohort of students graduating from Ozarks Technical Community College with their Associate of Science in Nursing (the degree required to become a registered nurse). And, for the first time in the history of the college, the top three students in a graduating class of nurses are male.

In another first, this graduating class of nurses marks the first time a student has graduated with his Associate of Science in Nursing (ASN) who came through the paramedic to ASN bridge program. The relatively new program allows paramedics to bypass the practical nursing education and pursue the more advanced nursing degree.

Jared Smith attended OTC to earn his paramedic degree. He returned to work on a biology degree, which he planned to use as he pursued a bachelor’s degree and, eventually, medical school admission. Like many people, the pandemic derailed his plans, and he used his medical background working at a clinic with his girlfriend, a physician. When the pandemic began to subside, Jared returned to school but decided to pursue a nursing degree instead of finishing his biology degree. While his background as a paramedic helped him with some aspects of nursing, he wasn’t prepared for everything. 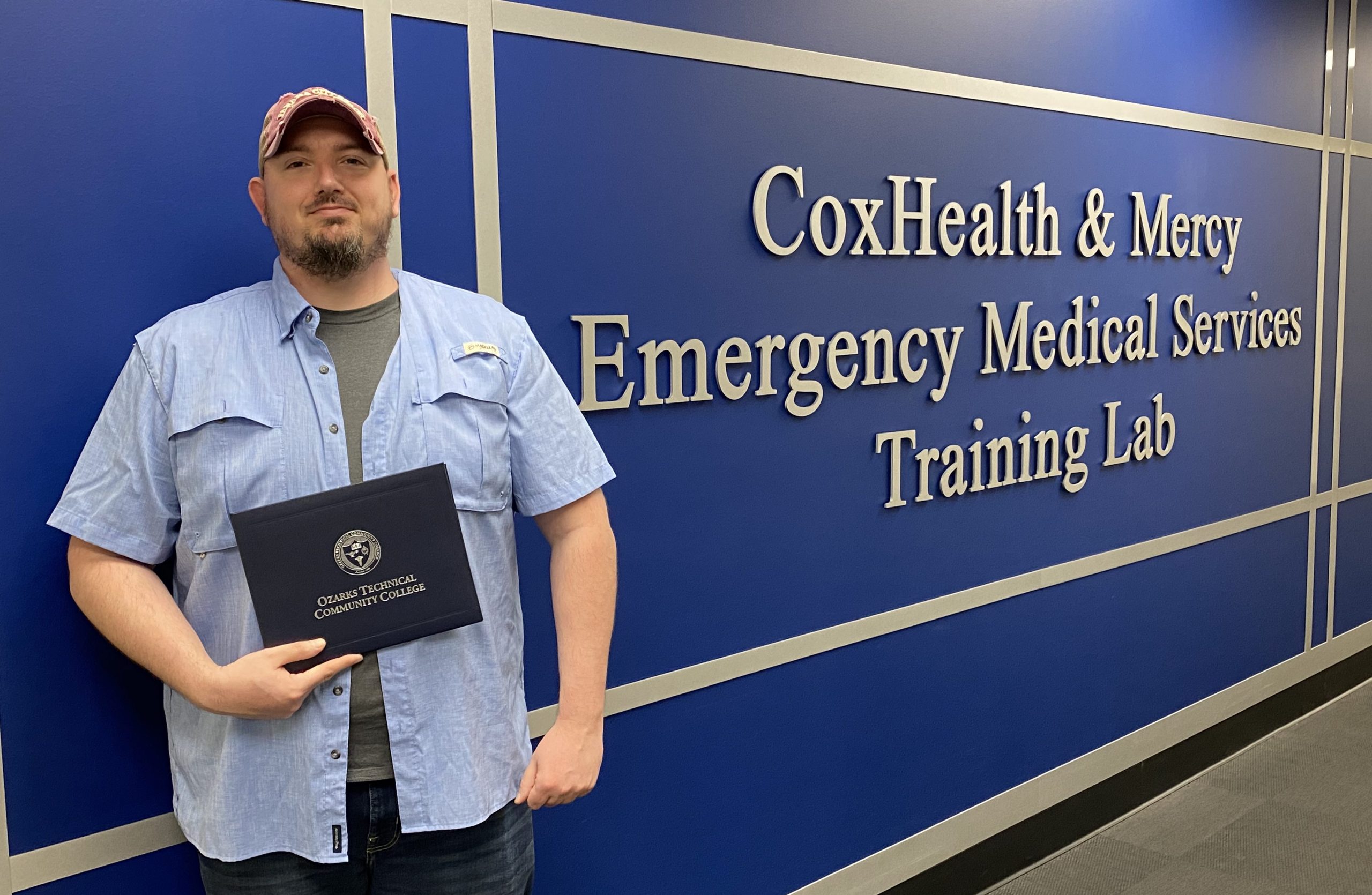 Jared Smith is the first OTC graduate from the paramedic to ASN bridge program.

“Whenever we were training on cardiac arrest or drug overdoses, I knew exactly what to do. But, when we were learning about the foundations of nursing, I had to learn to give a bed bath. I’d never done that in my life,” Jared said with a laugh.