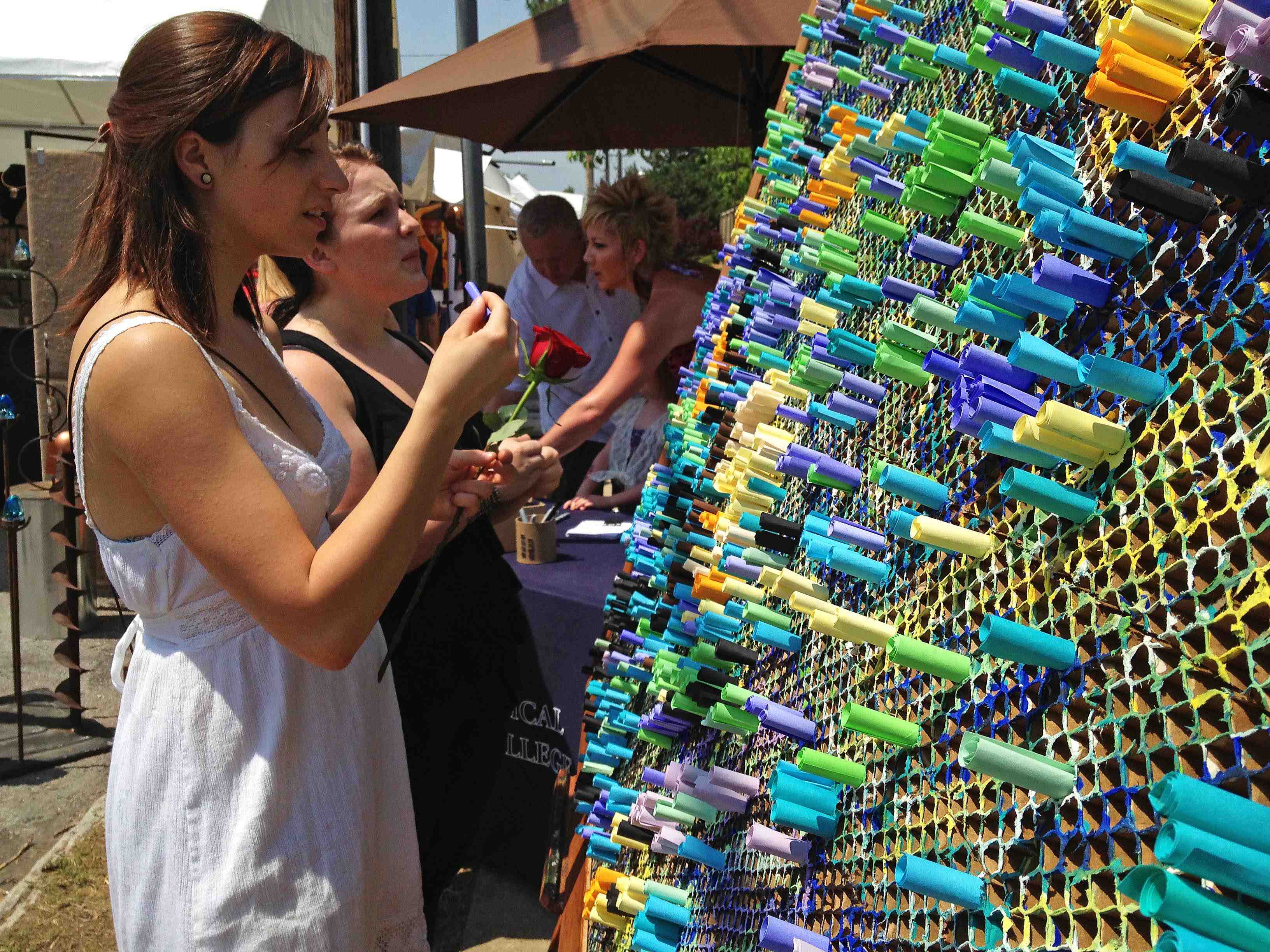 Kat Allie had no idea people would be so enthused when she unveiled her community wishing wall project recently.

“I thought visually it would be cool but it was something the way each person has interacted with the piece and the wishes they put down,” said the OTC Fine Arts instructor.

Allie said she got the idea for the project while in a restaurant in Gulfport, Miss.

“It was the coolest thing I’ve ever seen. But the one in the restaurant didn’t create an image. The wishes were tacked to the wall,” she said.

The wall that Allie developed is a large painting of Vincent Van Gogh’s famous “Starry Night.”

The painting in on a large piece of cardboard perforated with holes. People write their wish on a piece of colored paper that matches the color of the painting and insert it into the small opening.

There are 12,000 holes in the painting. After the wall made the rounds at OTC’s Community Day and the recent ArtsFest, about 1,500 holes had been filled.

“I decided on ‘Starry Night’ as the painting to showcase since it was appropriate with the wishing theme. I presented the idea to my 3D art class. They thought it was a great idea. I wanted to do a famous painting to tie in a bit with art history,” said Allie, who is also manager of the OTC Fine Arts Gallery in the Gillioz Theater.

Allie plans to circulate the wall at community events and when it is filled, she will seal the wall and display it at the gallery. She estimates it will take about a year to fill all the holes.

What has amazed Allie the most is what people were asking for.

“I had no idea what they were going to put down for wishes,” Allie said.

A 4-year-old girl asked for a unicorn. A 10-year-old girl wrote something down that brought tears to her mother’s eyes. An 8-year-old boy asked that he never have different parents.

“They were asking for money, health, a job, world peace, pets and candy,” Allie said. “They took it real serious.”