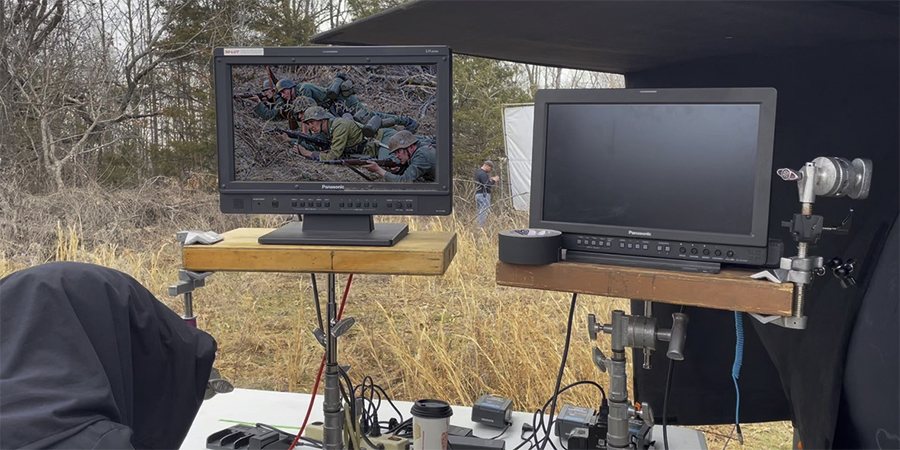 Film-making in Hollywood may be the ultimate glitz and glamour profession. The term “The movie industry” brings film stars, red carpets and fancy awards shows to mind.

Those images may tell the story of big-budget Hollywood film premieres, but the process of actually making movies, especially independent films, involves long days and hard work. Around one dozen Ozarks Technical Community College Honors Students worked on the “Reveille” film set earlier in the spring semester. Shot over two weeks near Sparta, Missouri, “Reveille” tells the story of an encounter between German and American soldiers in Italy during World War II. For the OTC students, the experience was anything but glamorous.

“I was holding a reflector to help light the actors, and I did a lot of takedown and setup,” said OTC Student Tyler Lawson. “Sometimes, I was handing out water to the actors. I just did whatever they needed.”

Tyler worked behind the scenes, but even the OTC student who was on camera found the work to be physically challenging.

“The producers asked me to come in early to do a ‘tech thing,’ and I thought, ‘Oh cool, I’ll get to build something,’” OTC Student Noah Duwe said with a laugh. “I ended up digging holes for eight hours.”

While the experience working on Reveille was short on Hollywood glitz, the OTC students gained valuable knowledge and made connections that will help them once their careers begin.

Lawson is an electronic media production student who hopes to find a job in filmmaking when he graduates in December of 2022. “Reveille” was his first experience working on a movie set, and he used the experience as a laboratory for his filmmaking education. 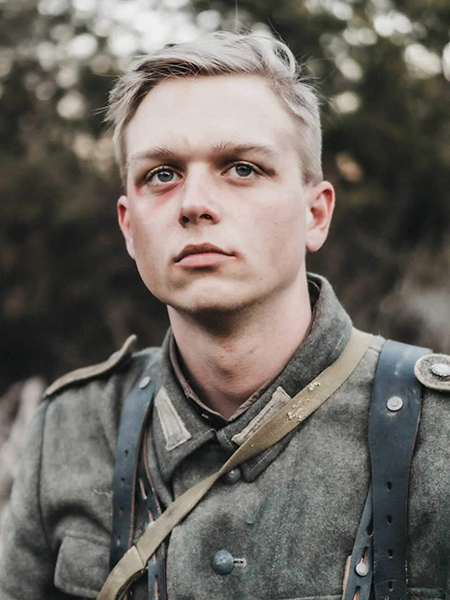 “I liked how the director would interact with the crew and the actors. The director is definitely the leader of the production,” Lawson said. “I spent a lot of time with the cinematographer. I noticed he would shoot the same scene multiple times but focus on a different character during each scene. I need to do more of that in my films.”

A native of Mount Vernon, Mo., Duwe came to OTC in 2020 to study audio engineering because he wanted to work in the music industry. Duwe took an acting class at OTC, but it all had to be done virtually during the pandemic. Nevertheless, the acting bug bit Duwe, and he’s all in on pursuing a career in film. His first time on camera was during the Reveille shoot, and it was a crash course in acting, working with a crew and life on a film set.

“One of the actors I worked with has a movie he wrote coming out on Netflix next year. That’s going to be something big,” Duwe said. “Just working with so many established people in the industry was very surreal.”

The term “reveille” refers to the military bugle call signaling soldiers to get up in the morning. Essentially, reveille is a start to the day. For Lawson, Duwe and the other OTC students who worked on the project, the film “Reveille” signaled the beginning of their careers. No matter where they go professionally — Lawson with his eye in the viewfinder and Duwe on camera – the first entry on their resumes will always be “Reveille,” shot in the hills near Sparta while they were OTC students.

“Reveille” should debut in early 2023 for the film festival circuit.