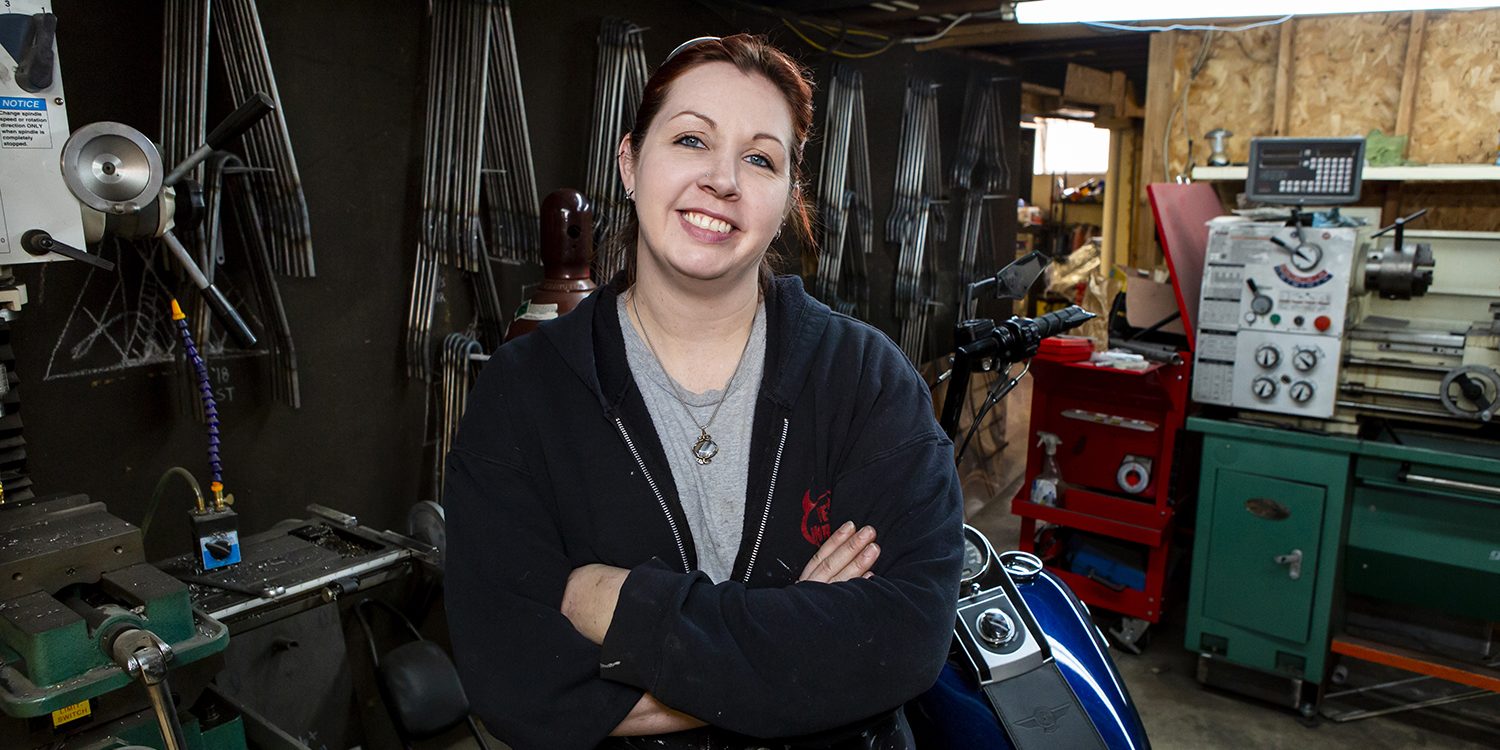 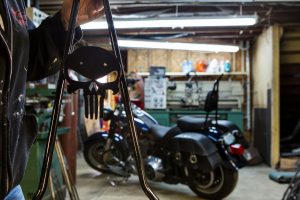 “We’ve made bars ranging from a custom Prince tribute to spider webs and skulls – it’s a great job and a fun creative outlet too,” she said.

The single mom previously worked as a body piercer and in-home care provider. She said if she hadn’t found the courage to go back to school, she would be tied to several minimum-wage jobs in an effort to make ends meet.

“It’d been 17 years since I’d written a paper, so yeah, it was tough to go back and get my Gen Eds,” she said. “But that’s one of the cool things about OTC, my instructors were so helpful and flexible. I couldn’t have done it without them.”

Chase credits her friend, Kira Crozier, for introducing her to the college’s welding program. Kira, who was about to graduate from the program herself, encouraged Chase to come visit her class one day.

“I remember Kira kept showing me all this cool welding art at the time. She knew about my creative side and thought I’d have the touch for it,” Chase explained.

Chase knew she would be a good fit for the welding program the second she walked into OTC’s lab. She liked the friendly, welcoming vibes from the instructors and students – and she said they even let her “throw down” a weld or two while she was there.

When asked if she had any reservations about entering a predominately male field, Chase said that fact never crossed her mind.

“That would never intimidate me,” she said. “I grew up hunting and fishing with the guys.” 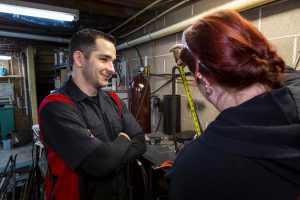 Joe and Chase work together at The Forge, LLC in Pleasant Hope.

Her boss, Joe Iannarone, said that Chase has been “a godsend” for his business. Joe, who is also an OTC graduate, opened The Forge in 2014. He said profits have grown more than 100 percent since he hired Chase.

“It was sort of a happy accident that I got to work for Joe,” Chase said. “He called up his former welding instructors at OTC looking for help – and I just happened to be looking for a job to put myself through school and support my 7-year-old son.”

Chase will graduate from the college’s welding program on May 17. She says she’ll continue working at The Forge, LLC after graduation. She also plans to create some welding art of her own.

“Eventually, I’d like to open my own welding sculpture business,” she said. “I just got my own shop set up and I’ve been drawing a few designs – I’m excited for the next chapter.”