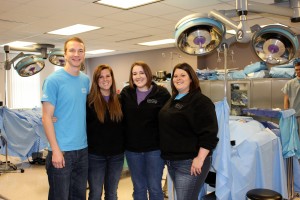 A group of four surgical technology students from OTC won first place in the 2015 Missouri Association of Surgical Technologists Scrub Bowl competition during the annual MO-AST conference in March.

The group defeated seven teams from across the state of Missouri to take first place. OTC students have won this competition for three years in a row.

After snapping the team’s photo, we learned that the entire class is graduating in May, so we snapped their photos, too.

Congratulations to the Surgical Technology Class of 2015! 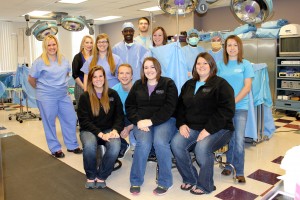 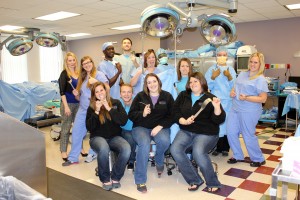