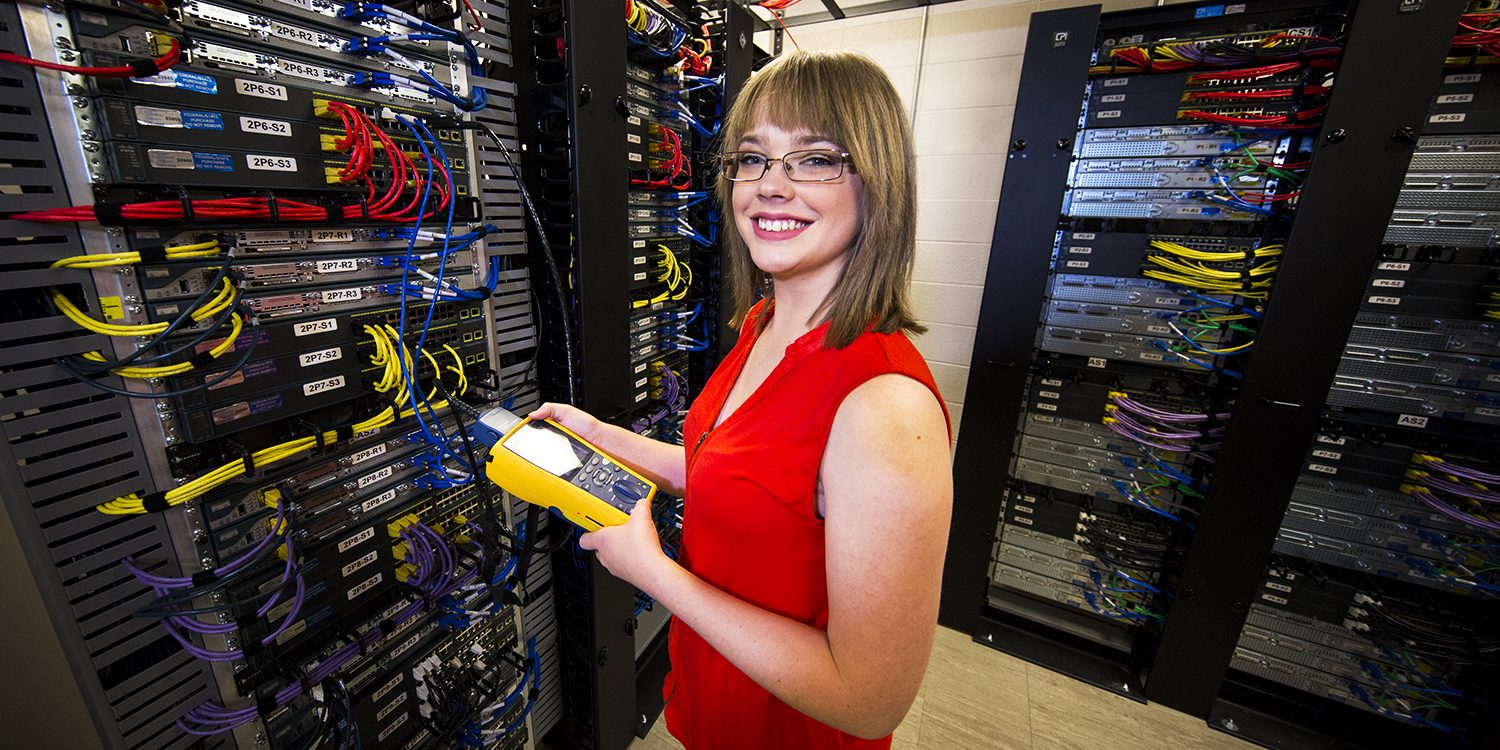 The last two years have been transformative for Ozarks Technical Community College student Madison Lawson. Back in the fall of 2015, as a junior at Glendale High School, Madison said she was, “A brat. Rude, snobby, conceited. I just wanted out.”

Now, her mother, April Landry, uses these words to describe Madison, “Friendly. Bubbly. She has a bounce in her step when she walks, and she’s come out of her shell.”

Madison was a good student but she was one of five siblings and her home life was in flux due to her parents’ divorce. That instability at home, coupled with few strong peer relationships, sent a despondent Madison into Glendale Counselor Tamara White’s office one day.

“Maddie was frustrated with the character of teenagers and she hated school and life was terrible,” White said. “I told her about the Middle College and suggested she take a tour. It turned out to be the right conversation on the right day.”

At the Middle College, Madison found “her people.” A group of high school students who were looking for a change of scenery from their large, public high schools.

“They were smart and ready for college. Most of them had a similar story to me,” Madison said.

Since coming to the Middle College, Madison has flourished. She met another former Glendale student – now they’re best friends. Madison studied networking technology and is continuing her education as a college student. She plans to transfer to College of the Ozarks in the spring to pursue a bachelor’s in engineering. Then she hopes to pursue graduate work at the Missouri University of Science and Technology in Rolla. That’s a huge change for the teenager who said she was crying in the bathroom at Glendale.

Madison’s metamorphosis from frustrated and depressed to thriving and successful was apparent to White when she visited her at the Middle College.

“After spending time at the Middle College, it didn’t occur to her to be shy or awkward,” White said. “Her confidence was vastly different.”

That confidence may have been fostered by the accepting nature of the Middle College faculty, staff and, especially, the students.

“One reason students like Madison have achieved such success is because of our school culture,” said Tiffany Brunner, director of the OTC Middle College. “We have a very accepting, tolerant, and supportive approach to education allowing students an opportunity to really find their voice, their passion and follow their dreams.”

Now, that self-described rude, snobby, brat has been left behind and a successful young woman who spoke at the Middle College graduation last May in front of 2,000 people has taken her place.

Madison’s advice to those considering the Middle College is quite simple, “Nike quote right here: ‘Just do it.’”