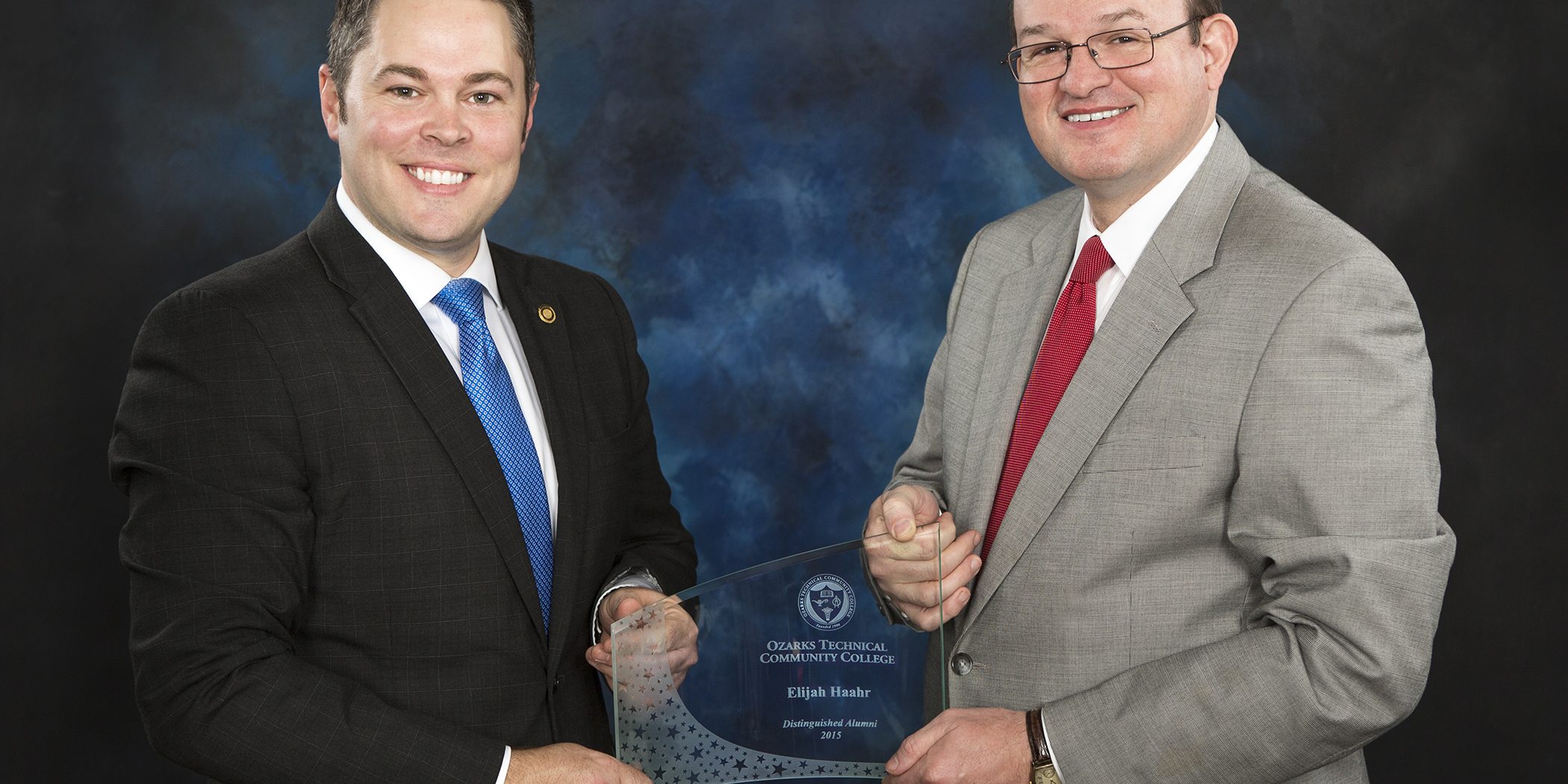 We would like to thank Rep. Elijah Haahr for visiting the OTC Springfield Campus to accept his 2015 Distinguished Alumni award. OTC honored Rep. Haahr as the 2015 Distinguished Alumnus of the Year during the college’s commencement held May 14, 2015. His parents, Roger and Kathy Haahr, accepted the award on his behalf at the ceremony.

“Rep. Haahr’s work ethic and commitment to those he represents in Jefferson City make us proud to call him an OTC alumnus.” said Dr. Hal Higdon, chancellor of Ozarks Technical Community College.

Walked around @OTCedu campus this morning. A lot of great memories from when I was a student. Not sure if the campus or I have changed more.

The Honorable Elijah Haahr was first elected to the Missouri House of Representatives in November 2012. He represents District 134 of Springfield, Mo.

In addition to his legislative duties, Rep. Haahr is an attorney with Aaron Sachs and Associates and focuses his practice on workers’ compensation and civil litigation. He is licensed to practice law in Missouri and Oklahoma.

Rep. Haahr grew up in southwest Missouri and attended Ozarks Technical Community College. While at OTC, Rep. Haahr was a member of the National Dean’s List and Phi Theta Kappa Honor Society.

Upon graduation in 2002, Rep Haahr received an academic scholarship to attend Missouri Western State University. He served as the university’s student body president and was a member of the honors program. He was also the founding father and president of the Epsilon Omicron chapter of the Alpha Sigma Phi fraternity.

Rep. Haahr was accepted into the University of Missouri School of Law on an academic scholarship. He served as the National Student Representative for the American Bar Association’s Appellate Advocacy competition. Upon graduation in 2008, he was awarded the Order of Barristers as one of the top 10 oral advocates in his graduating class.

Rep. Haahr lives in Springfield with his wife, Amanda, and four children: Jackson, Reagan, Scarlett and Alexandra. He actively serves the local community as a member of the Springfield Jaycees, the Springfield Metropolitan Bar Association, the Missouri Association of Trial Attorneys, and the Springfield Chamber of Commerce Government Relations Committee.