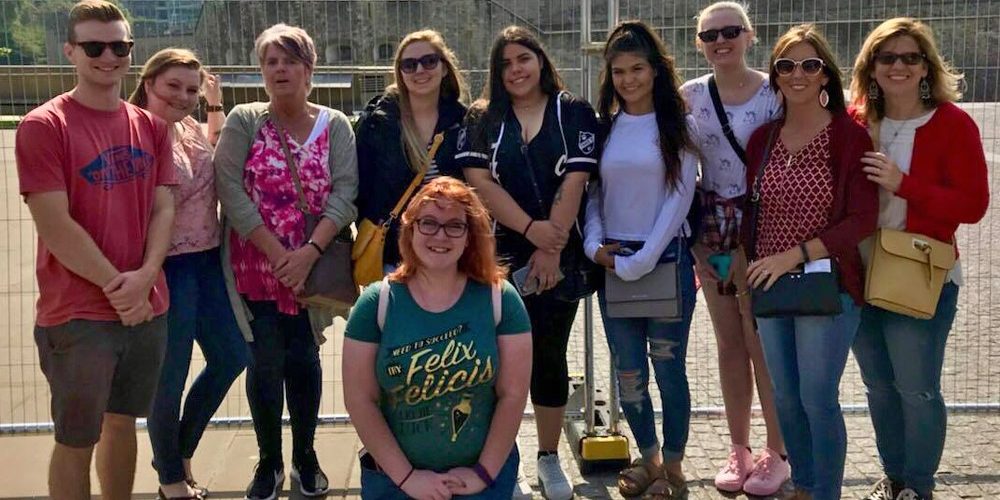 Ever wonder how our criminal justice system in the U.S. compares to others around the world? A group of OTC criminology students recently traveled “across the pond” to uncover the answer for themselves.

“I remember the day I found out about the trip – I told myself I had to do it,” said Cassie Curtis, OTC student. “Traveling to London has always been at the top of my bucket list.”

Cassie learned about the study abroad opportunity in her introduction to criminal justice course last fall. She was quick to convince her friend, Alexis Stevens, to join her on the trip as well.

“Alexis and I were planning a trip together anyway, but we knew London would be way more interesting than the beach,” she said. “It was the first time abroad for both of us.”

In total, the group spent eight days touring the city. They visited the Tower of London, Inns of Court and the Royal Courts of Justice, and the Houses of Parliament to name a few of the popular sites. A highlight for Cassie involved attending several court hearings at one of the most famous criminal courts in the world – the Old Bailey.

“It was fascinating to compare and contrast the differences between our court systems and theirs,” she said. “In London, the lawyers and judges wear wigs, and the environment was extremely formal. They also address judges as either ‘my lord’ or ‘my lady.’”

Andrea, the instructor who organized the trip, said her favorite part was when the students got to interview a London police officer.

“They were shocked to find out that most London police officers don’t carry guns,” she said. “The officer explained that guns aren’t really a problem in England like they are in the U.S. – knives are a much bigger issue for them.”

Andrea added that a surprisingly rewarding aspect of the trip involved watching her students gain confidence in themselves.

“For many, this was their first time navigating a major airport or city,” she said. “But by the end of the trip, they knew their way around London and handled the city’s public transportation systems with ease – it was fun to watch them grow in that.”