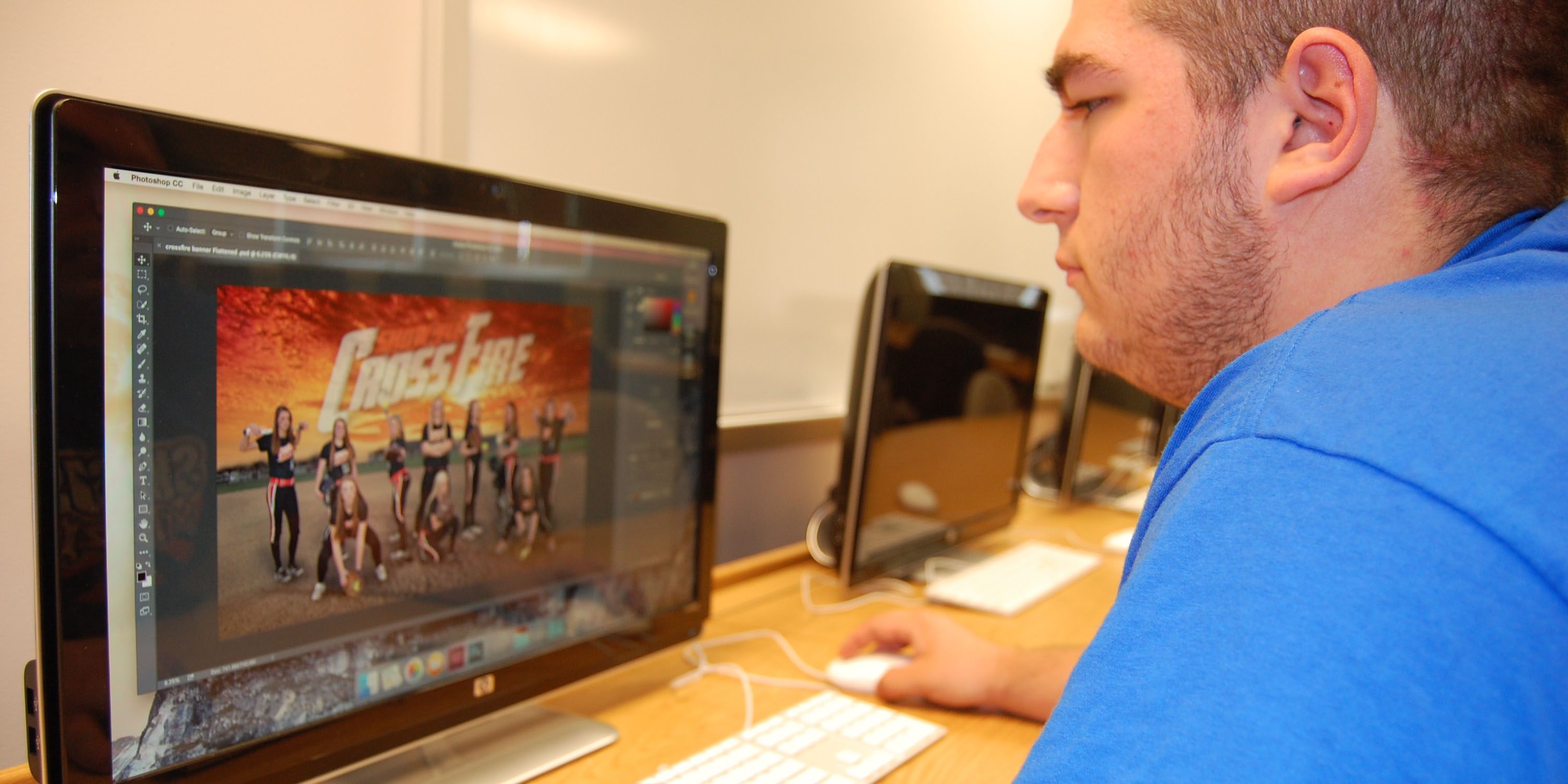 Skyler Masey, a graphics design student at OTC, has a score to settle when competition begins at this week’s SkillsUSA national championship.

Skyler leads more than three dozen high-school and college students from OTC, who won gold medals at the SkillsUSA state competition in April, to the national competition in Louisville, Ky.

A graduate of Jefferson City High School, Skyler took first in the state for the second-straight year in the graphics category, and he had to fight off some stiff competition to take the state title.

“I had a target on my back. It was a challenge. It was a matter of how well I could execute,” he said.

Skyler said he came to OTC to study graphic design because the college “was the best school I could attend with my A+ money.”

The graphic design sublimation competition is all about creating an appealing design and printing it on things like coffee cups, mouse pads and even license plates.

Eventually, Skyler would like to own his own print shop and produce T-shirts and other items.

“I want to be the boss and run things,” he said.

Others making the trip with Skyler include Daniel Akkerhuis, Joshua Camargo and Cameron Underwood, who are competing in Interactive Game Design, a new category in the SkillsUSA championships that calls for students to use computer code to create a working video game.

The trio captured the state gold medal but aren’t sure what to expect at nationals since they were a bit surprised by their finish at state.

“We were expecting us to be a low finish. I was surprised, but the judges said our codes looked the best,” Daniel said.

It will take six to 10 hours to write the code for the game they have to design for the competition. One of the incentives for the gaming competitors to do well is that representatives of some major video game manufacturers will be at the championships.

“It has to fit a player’s challenge level. It has to tell a good story and it has got to be fun. It can’t be boring,” he said.