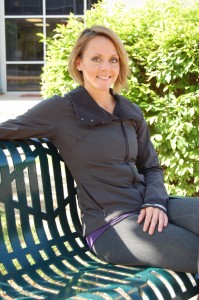 Brandi Keltner came to OTC a few years ago thinking she would just be one of the thousands of students who would quietly go about getting her degree.

That didn’t happen. Keltner went from wallflower to an active member of the student body, thanks to her involvement in the Phi Theta Kappa Honors Society. She will speak on behalf of the graduates at Thursday’s commencement at the JQH Arena.

“I knew I wasn’t an amazing student,” Keltner said. “But something happens after you get involved. My mom (Robin O’Dell) was the first secretary for the PTK chapter here. I didn’t think I would be very involved myself. I went to a PTK meeting and it drew me in.”

As a result, Keltner was elected the society’s regional president and ran for an international office.

Keltner also is a member of the college’s Honors Program and will graduate with an Associate of Arts degree with honors. She will go on to a four-year institution where she will major in international business and fine arts. She eventually wants to go into business.

She said, as a non-traditional student, OTC has given her a chance to start over and provided her with the confidence and ability to build her own future.

Keltner, who is from Nixa, attended classes at OTC for a short while in 2005 and then left to go to work. She returned in 2012 and she was a much better student when she came back.

“It was an eye opener being in class with 18 year olds,” said Keltner, who is 30. “I was more organized the second time I attended OTC.”

Keltner said she is grateful for what OTC has done for her. She plans to talk to graduates about passion and drive.

“I’m going to talk about not listening to those negative naysayers who say pick something that’s going to make you money and do what you love on the side. I don’t believe that,” she said.

“If the money doesn’t come, if I’m doing what I love, I’m still going to be happy.”

Ace your final exams with these OTC Tutoring tips
May 10, 2021

Prep for OTC’s Job Fair with these tips from Career Services
April 26, 2021
Go to Top