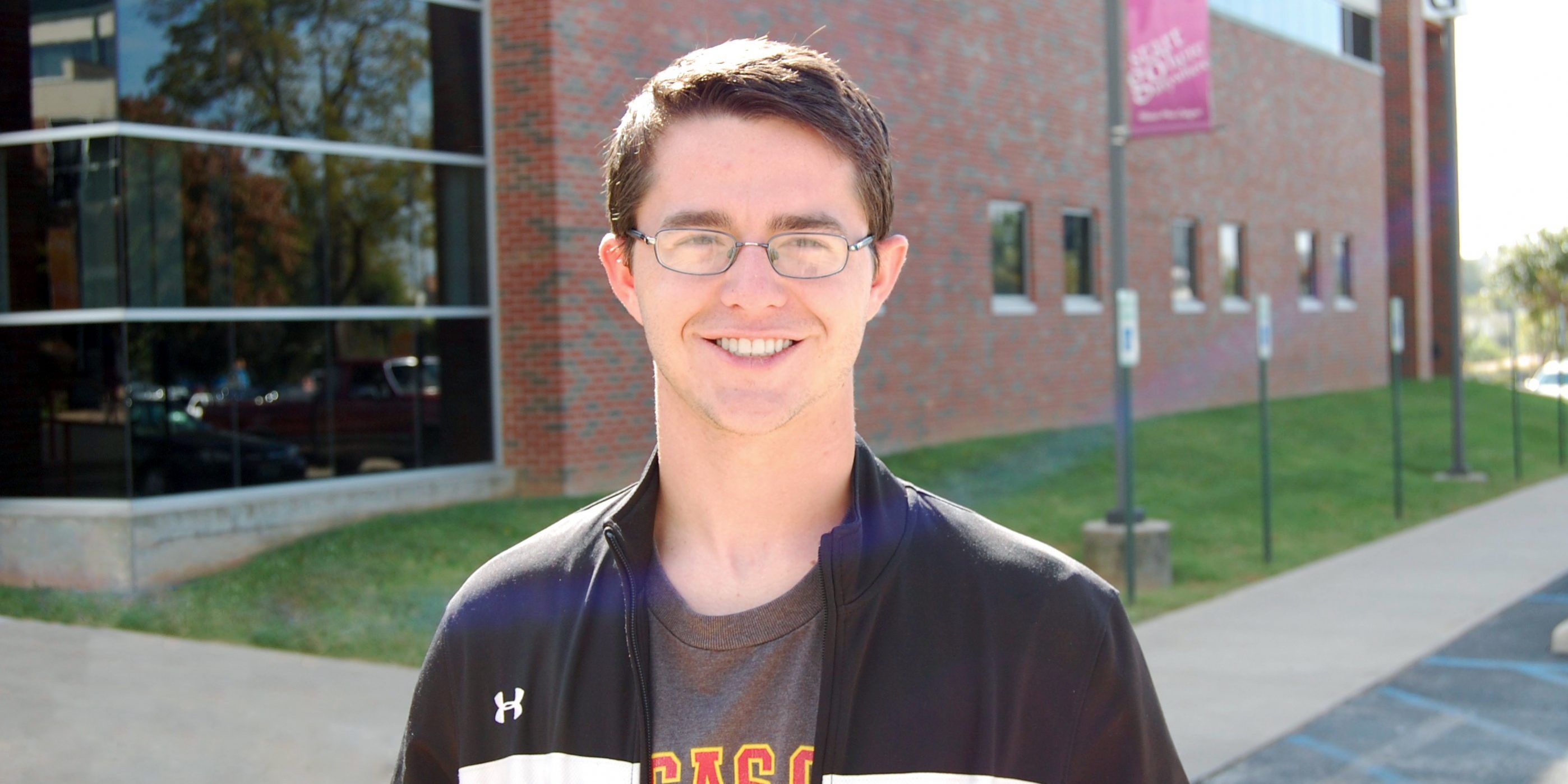 Ben McLarry gets right to the point when he talks about the Missouri A+ Scholarship Program.

Ben, who attended Kickapoo High School, made his remarks in a speech he recently gave to the Missouri Lottery Commission, which met on the OTC Springfield Campus recently. The A+ Scholarship Program is funded in part by the Missouri Lottery. In fact, in fiscal year 2015, $3.7 million dollars in lottery money funded A+ scholarships in Greene County.

“I didn’t have to think about how much money I had to spend on tuition and fees,” he said after the speech. “There are not many programs where you can go to college for free.”

Ben told the commission that when he was younger, he would go with his father to the local gas station to buy doughnuts on Saturday mornings and, occasionally, his dad would buy a lottery ticket. Back then, Ben imagined how much candy he could buy with the winnings.

“Little did I know that years later, the money spent on lottery tickets wouldn’t lead to dreams of candy, but dreams of a higher education and opportunity,” he told the commission.

Now in his third semester at OTC, Ben is working on his transfer degree. He plans to attend Missouri State University and study sports medicine.

“I hope that A+ continues for years to come so that one day my own children can use it,” Ben said.