OTC student moves across the country to earn PTA degree 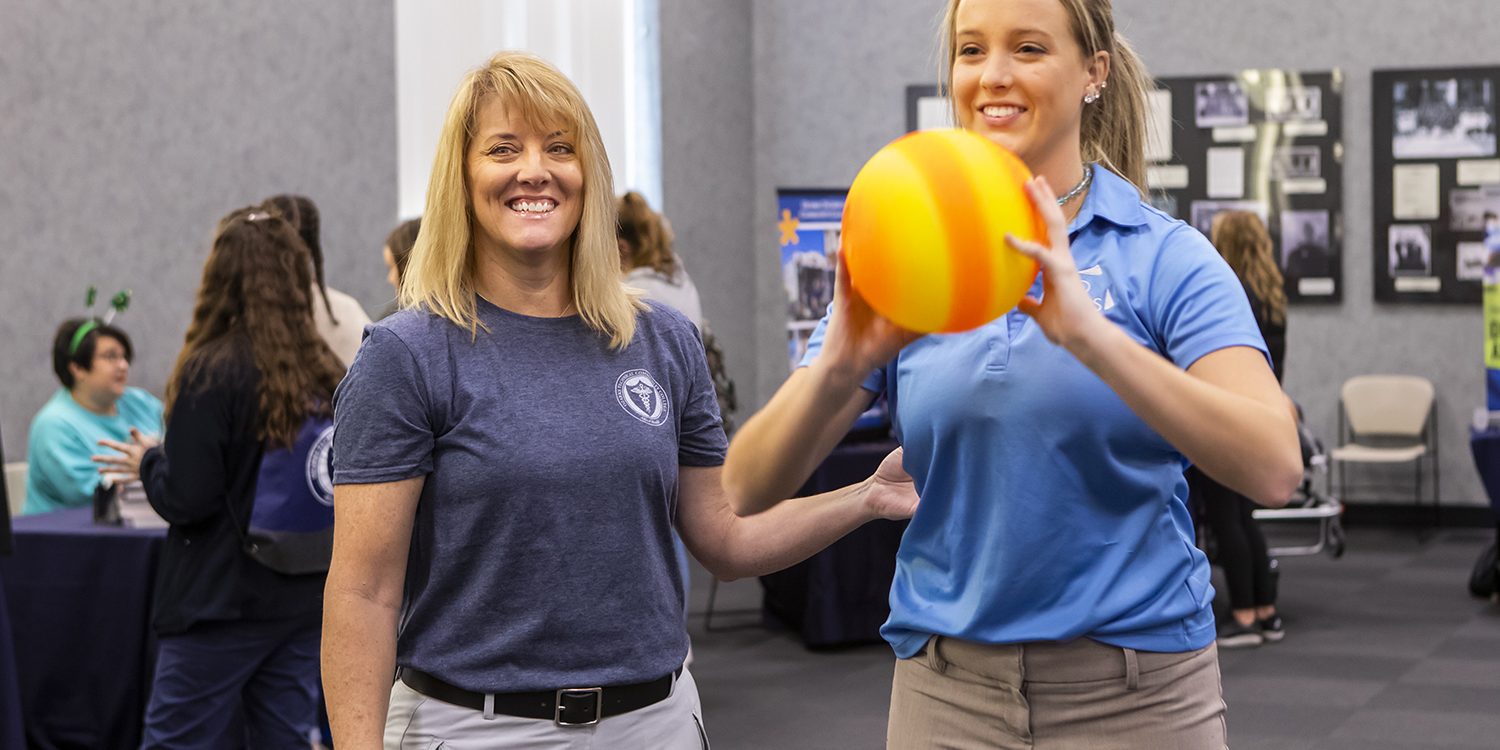 The finish line is in sight for OTC student Melissa Vester. After two years of living more than 1,300 miles away from her family, she is about to graduate as a physical therapist assistant.

“I couldn’t have done it without the support of my family,” she said. “Through it all, my husband, my son and my mother have encouraged me on the phone every single day – sometimes twice a day on the rough ones. But it’s all going to be worth it in the end.”

Originally from Springfield, Melissa attended Glendale High School in the mid-80s. She says higher education was never part of her plan – she struggled in school and didn’t think she was smart enough to attend college. So, once she earned her high school diploma, Melissa moved to Tucson, Arizona with her mother.

Melissa met her husband, Curt, in Tucson. They got married in 1992, and their son, Zach, was born two years later. Melissa spent the next several years being a stay at home mom – her favorite job – and working part-time in grocery retail. She also co-owned two businesses with her husband and supported his career in residential real estate appraisal.

But all the while, Melissa found herself drawn to a very different career as she watched it transform the lives of those closest to her.

When Melissa’s son was in high school, she began looking at college opportunities for herself. She enrolled in some classes at Pima Community College but the school did not have a physical therapy assistant (PTA) program. In fact, Melissa could not find a regionally accredited PTA program within driving distance of her home.

“After looking into my options more, I felt the road leading me to OTC,” she said. “I grew up in Springfield and still had family in town. Everything was pointing me to come here.”

With the support of her husband and son, Melissa made the decision to pursue OTC’s PTA program. She moved to Springfield, living with her brother and his family while in school.

“It might have seemed extreme to move so far away for a degree, but I really felt God pushing me in this direction,” Melissa said. “It brought me closer to my family in Springfield, including my father who was very ill and ended up passing away in August. I am thankful for the time I had with him, a time I would not have had without the transfer to OTC.”

Today, Melissa is a few weeks away from graduation. She will earn her degree as a nontraditional, first-generation college student – meaning she is older than most students and one of the first in her family to earn a college degree.

Melissa says the support she received from her family, both in Springfield and Tucson, helped her along the way. She looks forward to moving back home and putting her new skills to work.

“It’s the satisfaction of watching someone go from very little movement, just a twitch of a muscle, to regaining normal functional mobility of everyday living,” she said. “I’ve received so much support throughout my PTA journey, and I look forward to providing that support to my future patients.”