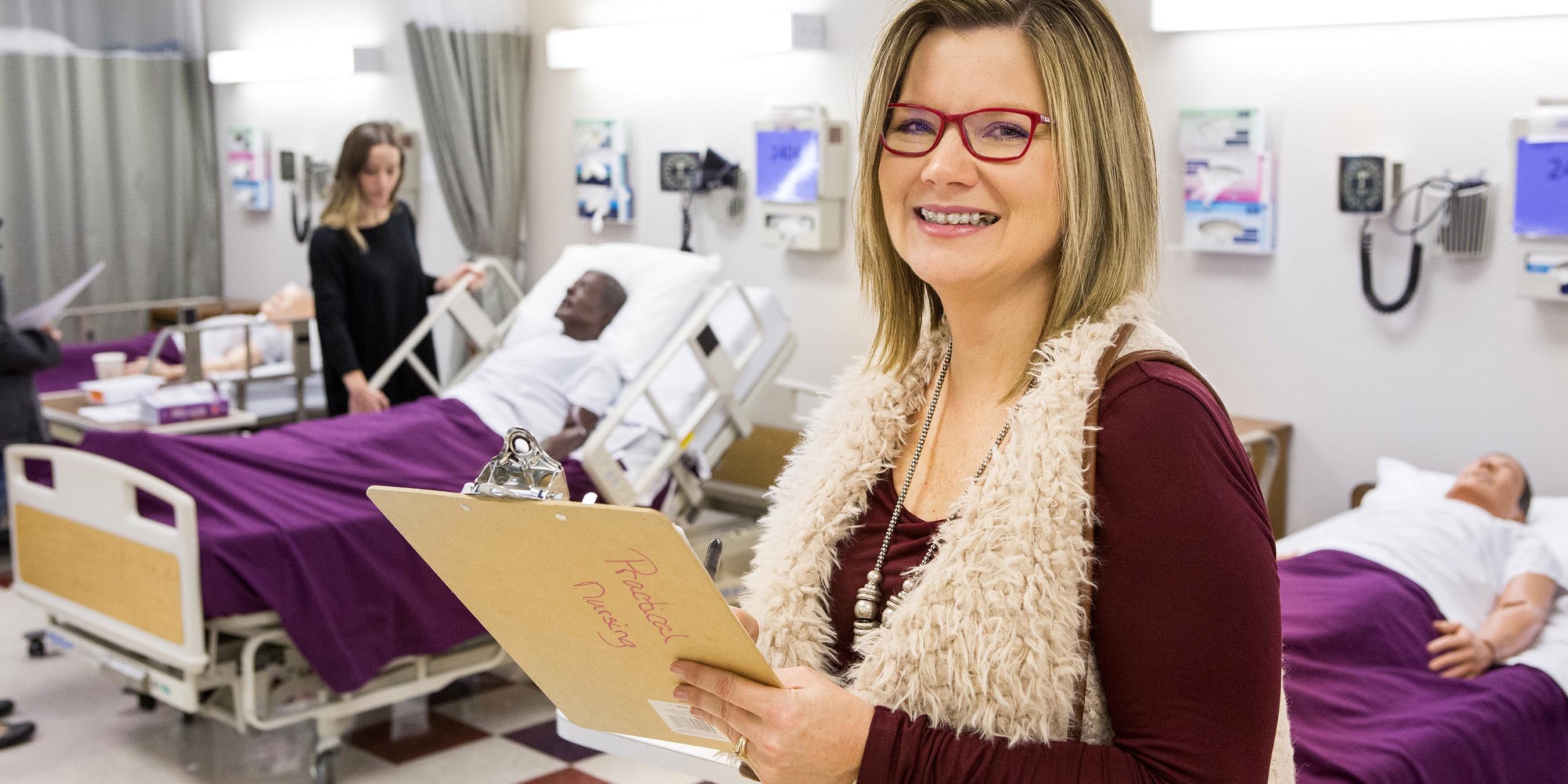 A new line of prosthetic devices is coming to the world market this year, and Ozarks Technical Community College faculty member Susan Griffitts was involved in testing and suggesting ideas for the cutting-edge technology and the design of the devices.

Susan, who has taught in the Licensed Practical Nursing program at OTC for five years after graduating from the LPN program in 2007, was diagnosed with cancer that resulted in her right leg being amputated above the knee in 2013. From that moment on, Susan turned her adversity around by participating in research to help develop prosthetic devices that allow amputees to move about more comfortably.

“I still grieve the loss of the leg,” Susan said. “I talk to other amputees and go to hospitals, traveling around the world to speak at symposiums and to veterans who have lost limbs. We are not disabled, just differently abled.”

It was at one conference that she met one of the head engineers for OSSUR, one of the world’s leaders in prosthetics production, which is the brand that Susan wears. From that meeting, Susan was invited to the company headquarters in Iceland in November to see and test the latest line of prosthetic devices to be released.

“They were testing new products and wanted my thoughts,” she said. “I helped shape the future of new prosthetic devices.”

The new models of feet currently available allow users to place their foot flat on the ground.

“I don’t have to think where my foot is,” Susan said. “With my most current prosthetic knee, I can stand for longer lengths of time. I can ride a bike, run short distances and ascend stairs.”

The new prosthetic contains a microprocessor and collects data that can assist the user in certain situations like standing up, sitting down or climbing stairs. The foot on the new model has a range of motion of 27 degrees and gives the user a more natural gate when walking, she said.

“I feel like a bionic woman,” Susan said with a smile. “It was like Christmas in July when we did the testing. It was a life-changing event for me.”

And her life is a full one with a family that includes her husband, Greg, four children and a grandchild expected in May.

“I am going to fully live my life and be as active as I want to be thanks to this new prosthetic,” she said.