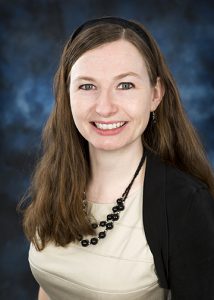 Since arriving at Ozarks Technical Community College in 2011, Harris has provided outstanding support to students using Blackboard. She has also increased student success in the process.

From 2012 to 2015, her timely response to students resulted in a 92 percent increase in time-to-close resolution of support issues. It was during this time that Harris identified trends in the types of issues being reported, particularly by students using Blackboard for the first time. In response, Harris — on her own initiative — developed a “First-Time Online Student Orientation” course.

Since 2012, more than 10,058 students have taken the course. Student feedback confirms that technological barriers to learning have been reduced as a result of Harris’ work.

MCCA’s Technology Innovation Award is presented annually to recognize and encourage creative and effective use of technology at Missouri’s community colleges.

The Missouri Community College Association is a statewide organization through which Missouri’s community colleges work together to advance common agendas.  MCCA brings the state’s 12 colleges together for advocacy, professional development, information, and collaboration.