From Africa to OTC, one student pursues his childhood dream 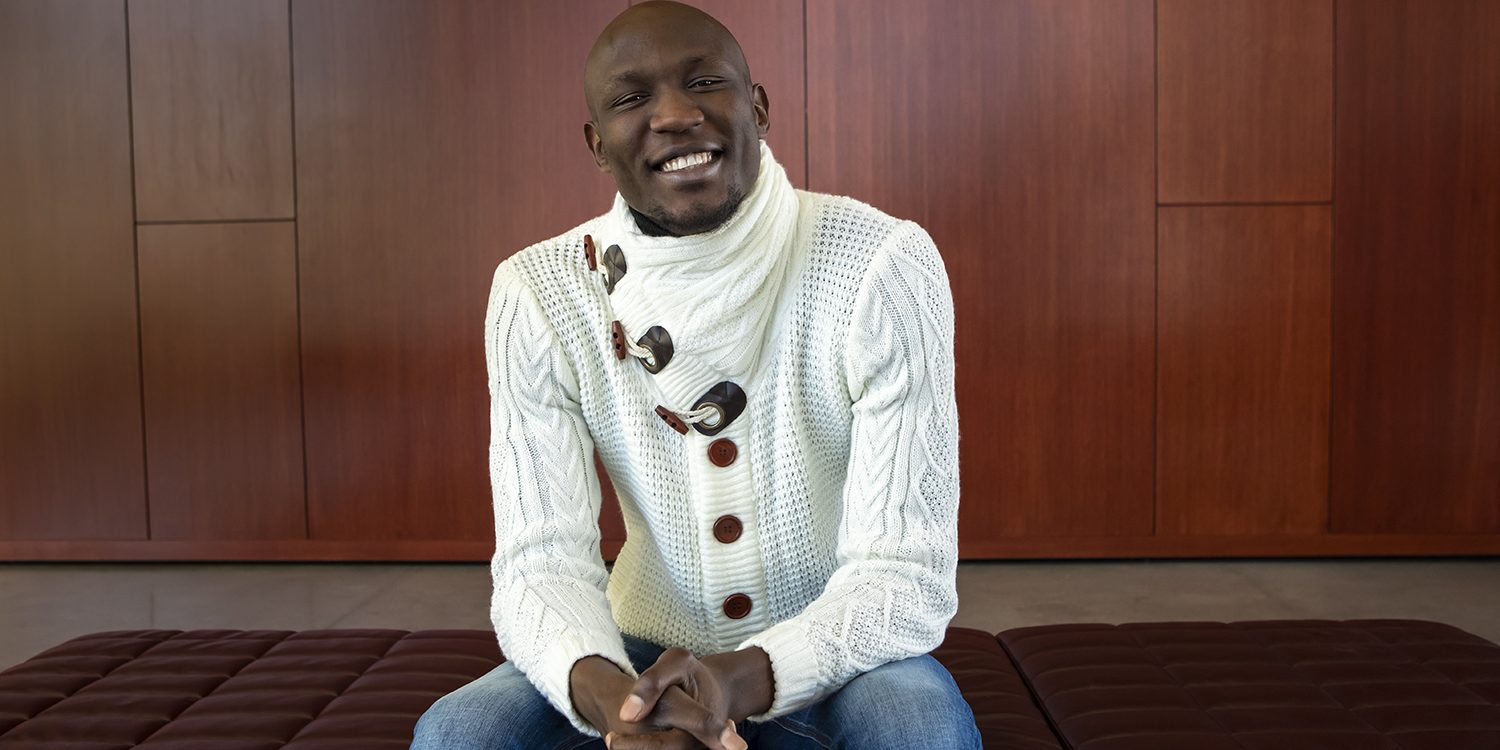 OTC alumnus Nanchang Lamde’s fascination with motion pictures began at an early age. Once his daily chores were complete, Nanchang would run barefoot along the dusty roads of his small village in Nigeria to his neighbors’ house. Standing on his tiptoes, he would peer into the window to catch a glimpse of their television set.

Today, Nanchang is studying film at Missouri State University – a reality he only dared dream as a boy. Unlike most children growing up in Nigeria, Nanchang’s formal education ended at the age of 12. As an adult, he immigrated to the U.S. to earn both his high school equivalency certificate and associate degree from OTC. He credits much of his success to the college and the instructors who encouraged him along the way.

“My father died when I was very young and my mother could only afford to send me to primary (elementary) school,” Nanchang explained. “After that, any higher education or the career in film that I desired existed only in my dreams.”

As a young adult, Nanchang became involved in an organization called Youth with a Mission. He says the group of missionaries helped open his eyes to the educational opportunities that existed beyond Nigeria. He also happened to fall in love with an American missionary named Elizabeth. In 2015, the couple moved to Springfield, Missouri where they were married. After the wedding, Nanchang began to pursue his dreams of higher education and a career in media production.

“Upon my arrival to the U.S., I was surprised to learn I could earn my high school equivalency certificate for free at OTC,” he said. “I took classes and studied for six months and I was able to pass the HiSET exam on my first attempt. All of a sudden, what seemed impossible became possible.”

As an international college student, Nanchang faced academic and cultural challenges on top of the typical difficulties students face. Much of his knowledge was self-taught, and he lacked the academic foundation most of his peers took for granted.

“College courses typically build upon concepts and theories that students learned in high school,” Nanchang said. “But for me, I was learning a lot of this stuff for the first time. It was very overwhelming at first,” he admitted.

But with the support and encouragement of his instructors, Nanchang persevered. He graduated from OTC in 2018 and transferred to Missouri State University to pursue a bachelor’s degree in digital film and television production. Nanchang said he was drawn to Missouri State’s program due to the emphasis it placed on storytelling.

“I was raised in a storytelling culture – every evening after dinner, we would sit around a fire and my grandparents would tell stories about their childhood or the history of Nigeria. Their stories always had a moral purpose, with an emphasis on change and redemption,” he said.

Nanchang also said this emphasis on morality was also prevalent in the Nigerian films he watched as a boy.

“Many of the antagonists were smokers. As young kids, we found smoking to be very unappealing, and we avoided cigarettes because we didn’t want to be seen as the bad guy,” he said with a laugh.

Nanchang will earn his bachelor’s degree from Missouri State in 2020. But he’s not stopping there. He plans to pursue his Master of Fine Arts in Film and Media Production from the University of Texas at Austin. Once he graduates, Nanchang hopes to create movies that become catalysts for change.

“When a story enters your heart, you are more likely to be impacted in a lasting way and contribute to positive change,” he said. “I believe that this kind of storytelling can have a big impact on society, just as my grandparents’ stories helped to shape my character and outlook on life.”

Wherever Nanchang’s career takes him, he already has a great story to tell.