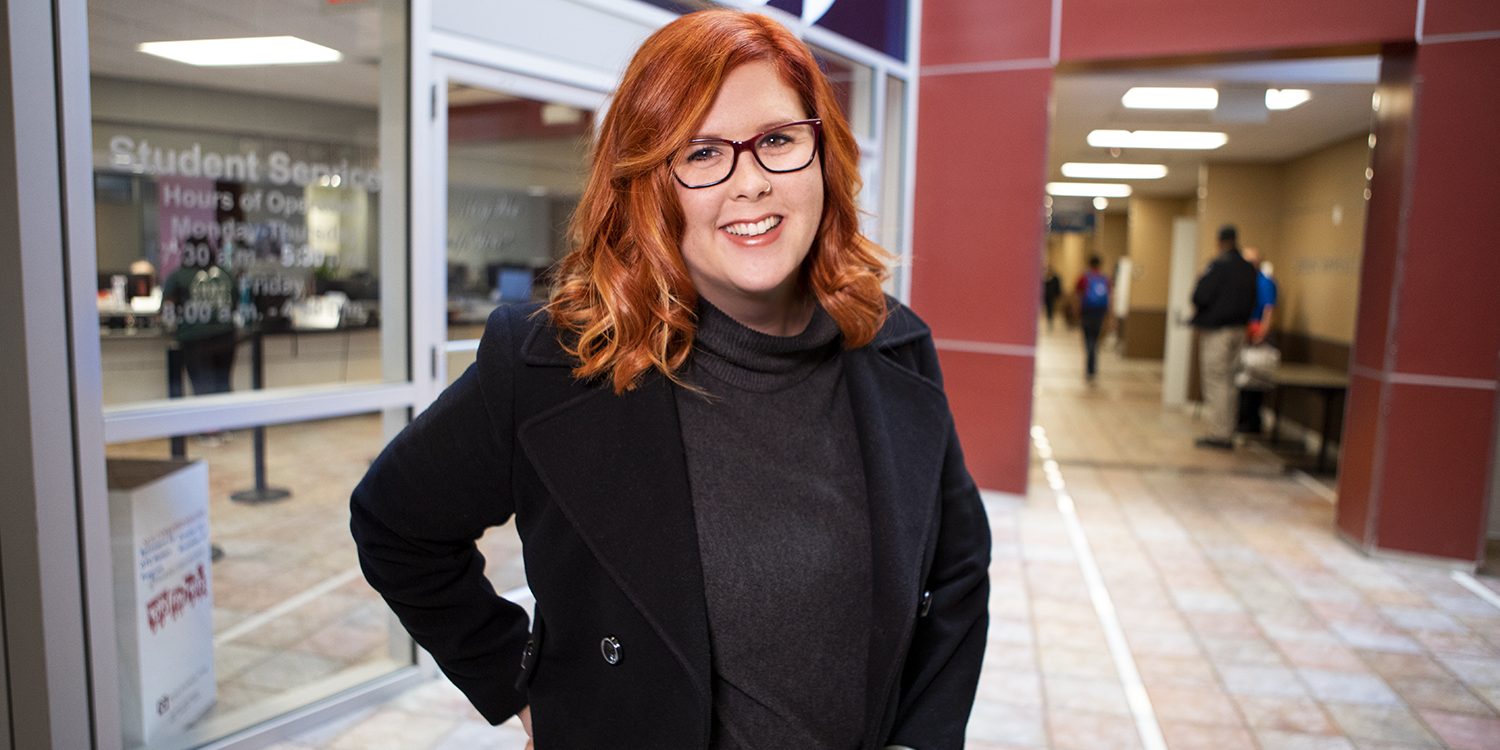 OTC graduate Jeana Varney loved music and animals as a girl growing up in Mountain Grove, Missouri, and she’s been able to make both of them a part of her career.

Jeana attended elementary school in Texas; but, when she was 12, Jeana, her mother and brother moved from Dallas to Mountain Grove to live on her stepfather’s farm. Moving from one of the biggest metropolitan areas in America to a town of less than 5,000 people was a big change for Jeana.

“Yes, it was a change that, at the time, I was ungrateful for. But now, I am totally grateful,” she said.

Making her way to OTC

Rather than run back to Texas and the big city after graduating from high school, Jeana ventured just a few miles west to the Ozarks’ biggest metropolis.

“I graduated from high school in 2007, and immediately left Mountain Grove to start school at OTC,” Jeana said. “I had the A+ Scholarship and Pell Grants, as well.”

That state and federal financial aid helped Jeana make college affordable, but, like many OTC students, she still worked full-time all throughout her college career.

All of that work and financial aid paid off because she graduated from OTC debt-free.

“No loans while I was at OTC. Yep, completely paid for,” Jeana said.

Finding time for the arts

Between attending classes and working full-time, Jeana still found time at OTC to study her passion: music. She even remained at OTC an extra year because her music instructor, Jennifer McAtee, debuted the first ever OTC chorus. Jeana wanted to be a part of it.

“I was always in choir in middle and high school, so it was nice to be part of a group that started a small chorus,” Jeana said. “I started my music education at OTC and then transferred it over to Drury in the fall of 2010.”

While at Drury, Jeana majored in arts administration while minoring in music and art history. Her work ethic never waned after transferring from OTC. Jeana worked full-time at Wal-Mart while taking a full class load. In fact, one semester at Drury, she took 19 credit hours while working 40 hours a week.

OTC prepared Jeana well for Drury. She graduated after just two years with her bachelor’s degree.  A year later, she said goodbye to Wal-Mart and put her arts administration degree to work as the marketing manager for the Springfield Symphony.

“I was in charge of making sure we had a marketing plan for the season,” Jeana said. “I was constantly networking and talking with our local news outlets. The job kind of morphed from marketing manager into communications manager. I’m very proud of how that job evolved during the time I was at the Symphony.”

That departure from the Symphony came in May 2018 when Jeana had the opportunity to pursue another passion rooted in her childhood: animals.

“I was always the kid who brought home a kitten I’d found and asked my mom if we could keep it,” Jeana said.

Now, Jeana works around animals all day as the office manager for Spring Valley Veterinary Hospital, a role that her education at OTC and Drury also prepared her for. In her old job, Jeana used the “arts” part of her degree. Her new job allowed her to use the “administration” portion of her education, and she jumped at the opportunity to lead a team whose mission helps animals.

However, she hasn’t left the art world completely behind. Jeana’s experience concepting and creating commercials for the Springfield Symphony ignited an interest in filmmaking. She’s been involved in 48-hour filmmaking contests, as well as production work and on-camera roles. Now, Jeana’s a board member for the Film and Media Association of Springfield, and she’s trying to encourage filmmaking in the Ozarks.

“We have so much great talent here, I want people to stay here,” Jeana said. “My goal with FMAS is to showcase that talent and let our community know that we’ve got some great stuff going on here.”

That means that Jeana won’t be going back to Dallas anytime soon. Like more than 90 percent of OTC graduates, Jeana and her talents will remain in the Ozarks.