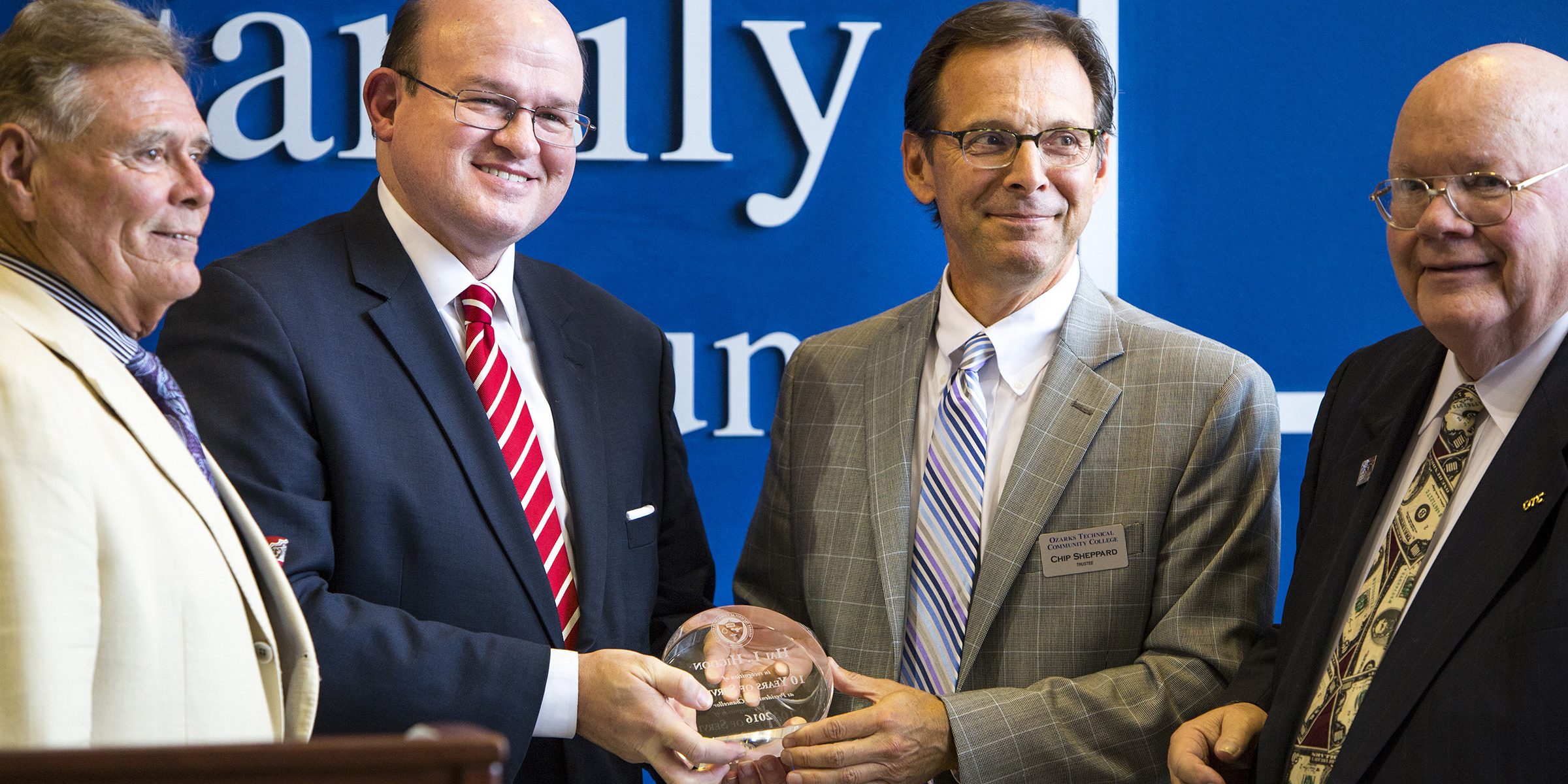 “OTC has thrived under the innovative and steady leadership of Dr. Higdon,” said Sheppard. “As a life-long resident of Springfield, it has been very rewarding to watch the college’s growth and positive impact in our local community.”

Dr. Higdon began his career at Ozarks Technical Community College on July 5, 2006. College officials and administrators credit many of the college’s significant milestones to his visionary leadership and guidance.

In the past decade, Dr. Higdon helped boost OTC’s significance with area employers by expanding the college’s workforce training opportunities and Allied Health programs. Enrollment also enjoyed a steady climb under his tenure with a peak of 15,179 students in 2011, which was an increase of 9.1 percent from the previous year. In total, the college’s enrollment has grown more than 44 percent since his arrival.

The past 10 years have also brought about new campuses, centers and capital improvements. The OTC Richwood Valley Campus opened in 2007 and the OTC Lebanon Center followed in 2011. The OTC Table Rock Campus and OTC Waynesville Center opened in 2013. That same year, the college’s Allied Health department unveiled a 2,000-square-foot multi-disciplinary, high-fidelity lab at the Springfield campus to serve more than 600 students across 13 programs.

Throughout his tenure, Dr. Higdon worked to strengthen the college’s resources and funding. When he arrived at the college, the OTC Foundation had less than $1 million in assets; today, it has more than $5 million. Dr. Higdon built relationships between Missouri’s community colleges and lawmakers in Jefferson City to help make state appropriations for two-year colleges a priority. He also brought the many challenges faced by community colleges into focus for state and national leaders.

“I consider myself fortunate to have worked at this fine institution for the last decade,” Dr. Higdon said. “I’m especially proud of our dedicated faculty and staff who work so hard to help our students achieve their goals.”