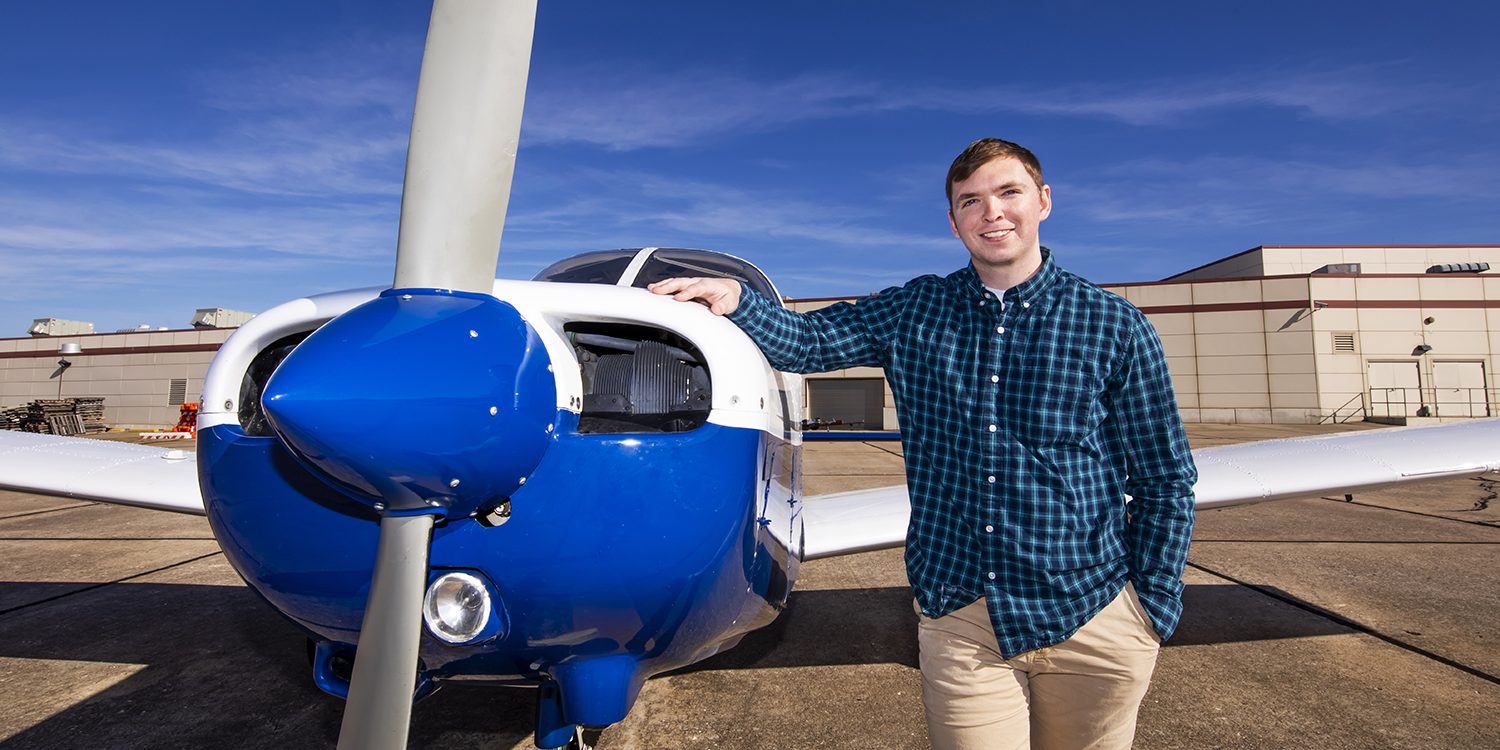 Taylor Fast can now add “commercial pilot” to his list of credentials. The Bolivar native was OTC’s first aviation student to pass his commercial pilot exam – just a year and a half after the program’s inception.

“It was a little more than thrilling,” Taylor said. “The stakes were definitely high – knowing I could potentially be the first OTC student to pass.”

To earn his license, Taylor logged 250 hours of flight time and passed a written and oral exam. After that, he took a practical exam in which he completed several in-air maneuvers at industry standards.

“I had to perform eight or so different maneuvers including lazy eights and eights on pylons,” he recalled. “Then, toward the end of the exam, I had to do all sorts of takeoffs and landings.”

Of all the maneuvers he had to master, Taylor said the lazy eight was the most challenging. The lazy eight consists of two 180 degree turns, in opposite directions, while making a climb and a descent in a symmetrical pattern.

“There’s nothing ‘lazy’ about it,” Taylor said with a grin. “It requires a lot of skill and coordination.”

Once Taylor’s practical exam was complete, his instructor said he would pass him – as long as Taylor could make it back to the hangar without crashing.

“That kind of comradery is what made this whole experience so great,” Taylor said. “My instructors and classmates, we all just got along so well. We became like family.”

Where it all began

Taylor said he discovered his passion for aviation at the age of 8. His family took a vacation to Florida, but Taylor was more interested in the flights there and back.

“I saw myself going into the cockpit as a pilot,” he said. “I can still remember the sea of clouds out my window and the sun rising above them. And that’s just this vision I’ve been chasing ever since.”

Now that Taylor’s earned his commercial pilot license, he is already preparing for his next goal. He wants to become a flight instructor someday.

“The flight instructor test, it’s the biggest of them all – it takes about 8 hours to complete,” he said, excitedly. “I’m told only the cream of the crop pass, but I’m planning on being one of them.”