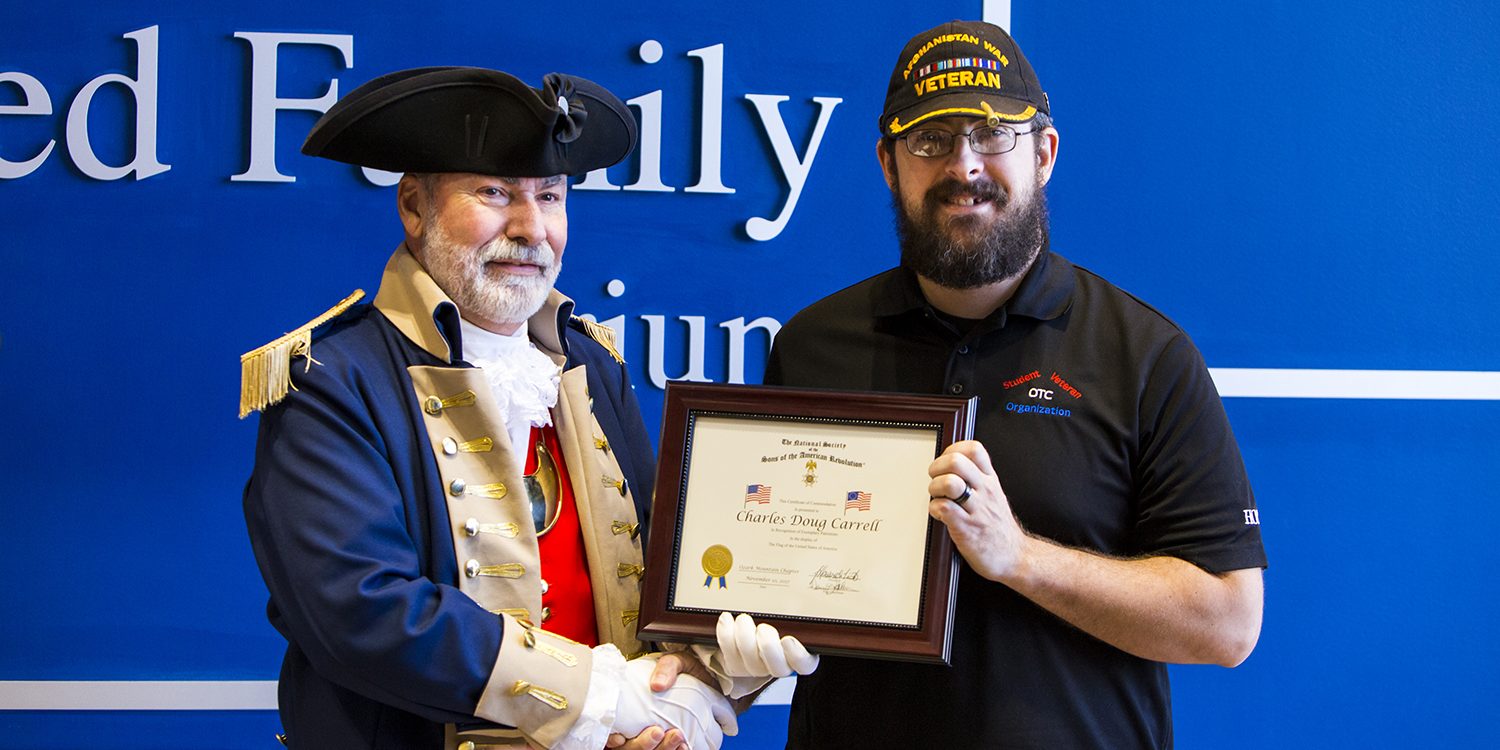 Carrell, motivated by the 9/11 terrorist attacks, joined the U.S. Army Reserve in 2001. He was deployed to Afghanistan in 2003 in the 805th Military Police Company where he participated in infantry work, including a mission to find Osama bin Laden. Other regular tasks included convoys, security escorts and gate detail.

“I was only 18 years old at the time, but knew it was my duty to serve our nation,” said Carrell.

In honor of his service, he was awarded the Combat Infantryman Badge. To obtain this badge, a soldier must satisfactorily perform infantry duties, be assigned to a unit actively engaged in ground combat and must have actively participated in such combat.

He returned to the U.S. in 2004, but remained in the Army Reserves until 2007. In total, he participated in one deployment and one annual training held in Germany.

“No group had ever existed in Springfield to include all student veterans,” explained Carrell. “Now everyone can join forces and make community impacts much larger than ever before.”

During his five semesters as president, Carrell has focused his efforts on outreach. Activities Carrell has overseen as president include the adoption of a family for Christmas and fixing up a veteran’s home after a house fire.

He will soon be finished with an Associate of Science degree in Biology, and hopes to pursue a career in wildlife conservation – with an emphasis on South American exotic fish. His dream is to end the black-market trade of exotic fish by breeding them and selling them directly to aquariums.

“One more fish bred in captivity is one less fish taken from the wild,” said Carrell.

With his time at OTC coming to an end, he feels confident that the Student Veteran Organization will continue to flourish. He is happy with the college’s support toward veteran services and is appreciative of receiving this year’s Outstanding Student Veteran Award.

“I’m glad that I got something to show for my hard work,” said Carrell.