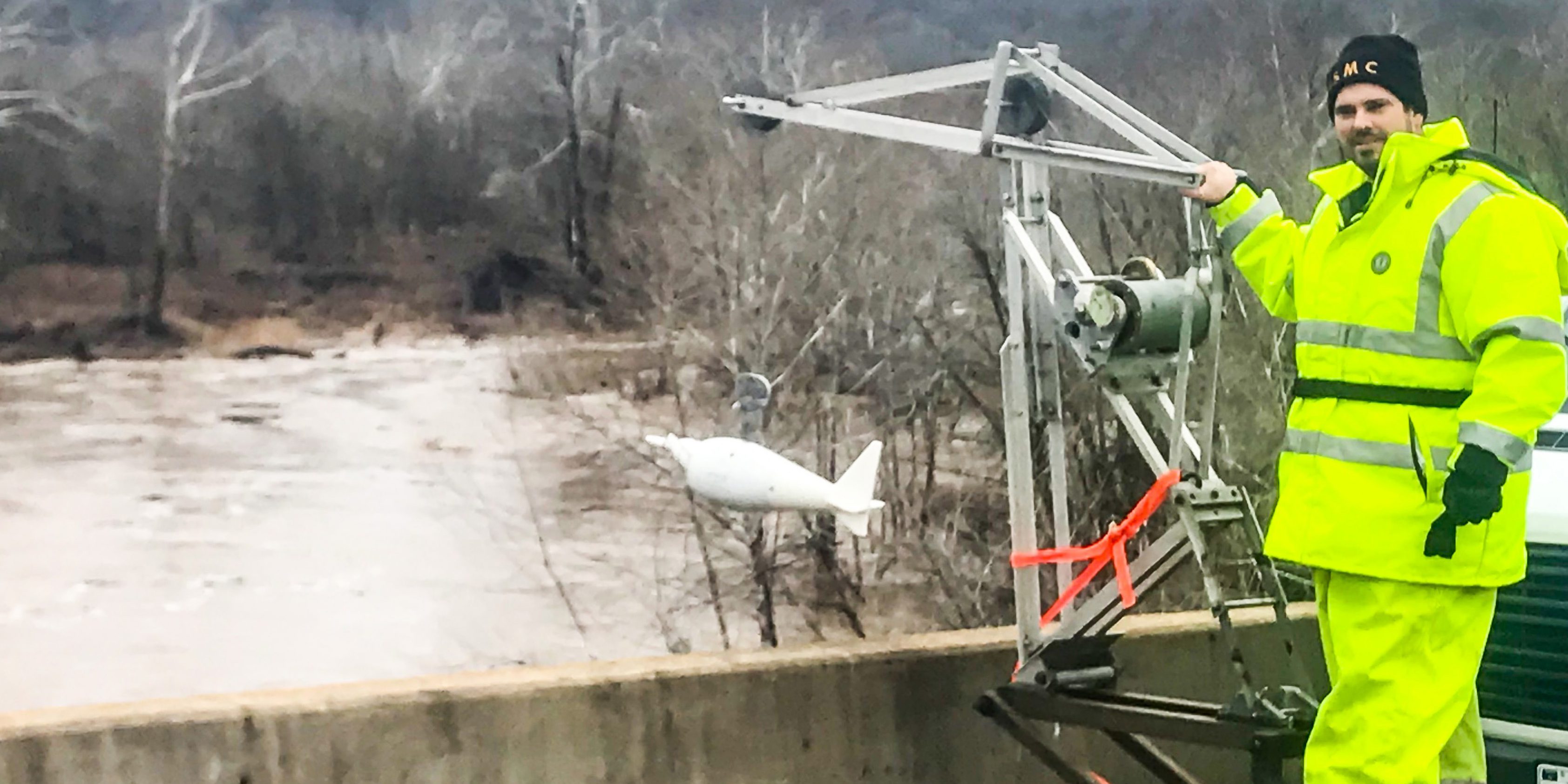 Charlie Smith is a man of many titles: veteran, groundwater scientist and geological engineer to name a few. A conservationist at heart, Charlie spends his days working as a hydrologist for the U.S. Geological Survey. He landed the job while a student at the Missouri University of Science and Technology, but he credits another institution for getting him started – Ozarks Technical Community College.

“OTC gave me a solid foundation in science that transferred to Missouri S&T,” he explained. “I definitely credit OTC for helping me find success not only in college but in the professional world as well.”

A former U.S. Marine, Charlie enrolled at OTC after completing four years of service in the military. Charlie said his transition to civilian life wasn’t easy, but OTC helped pave the way.

“In the Marine Corps, I was very close with the members of my infantry platoon. But when I left, I felt like I left that support system behind as well,” he said. “As an OTC student, I leaned on my instructors and the friends I made there, which helped me build this new network of support.”

Now a proud father of three, Charlie and his wife, Alicia, raised two small children while he was a student at OTC. At the same time, Charlie worked for a pharmaceutical delivery service, clocking 60-hour work weeks between 16-credit hour semesters.

“Going to school and working full time like that was tough, but I stayed focused on where I wanted to be when it was all done. I really credit that mindset for seeing me through,” he recalled.

Charlie said his fascination with environmental science began at an early age. He remembered watching a PBS special about U.S. Geological Survey geologists and earthquakes. After that, he was hooked.

“I remember thinking that PBS special was so cool at the time, and here I am now,” he said with a laugh.

Charlie accepted his current job with the U.S. Geological Survey before completing his bachelor’s degree in geological engineering at Missouri S&T. Once Charlie earned his bachelor’s degree, he made the decision to continue his education at the university. His says his coworkers encouraged him every step of the way.

“While working on my master’s degree, I realized how much I enjoyed the research aspect of it – looking at all these different problems and figuring out ways to solve them,” he said. “So I kept going and earned my doctorate, too.”

As a hydrologist, Charlie measures, analyzes and predicts the properties of groundwater in Missouri and the surrounding states. He often writes about his findings, with more than a dozen articles published in scholarly journals and online.

“We make sure our water is clean and safe to use – and that there is enough of it out there for public consumption,” he explained. “We’re out there collecting water levels in wells and compiling all this related date to figure out how long some of these aquifers are going to continue to have water at the rate we use it.”

For now, Missouri’s water is safe under Charlie’s watch.