OTC alum revs up his career in the remanufacturing industry 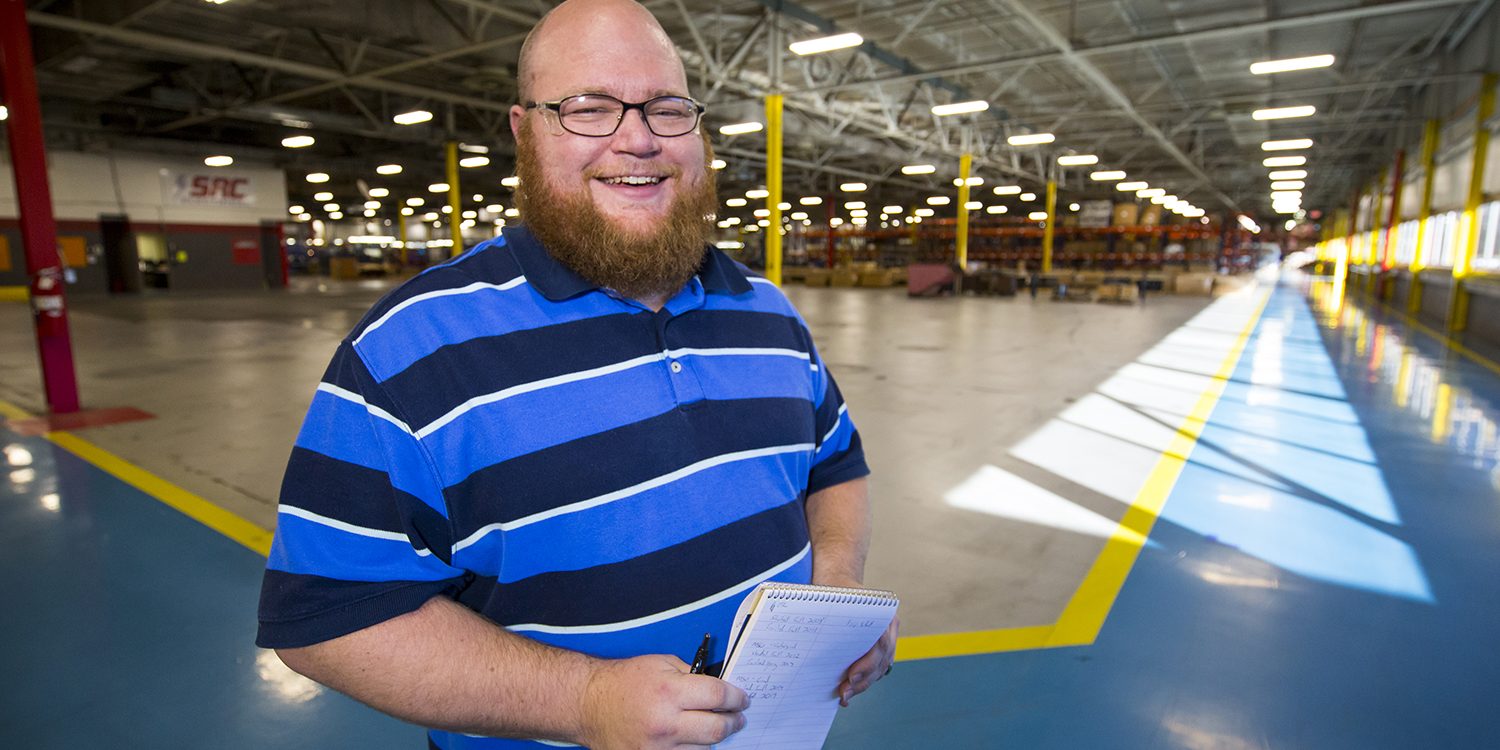 You’re probably familiar with the term, “keeping up with the Joneses,” but you’d be pressed to find a Jones harder to keep up with than OTC alum Brandon. In the last decade, Brandon Jones has earned his associate and bachelor’s degrees while working full time at SRC Electrical. Today, he’s nearly halfway through his master’s degree with ambitions to climb the corporate ladder in the remanufacturing industry.

Brandon, a Pleasant Hope native, was the first of his family to go to college. But his initial attempt at earning a degree after high school didn’t work out.

“Looking back, I needed a sense of direction, an end-goal in mind,” Brandon recalled. “I wasn’t passionate about anything career-wise, which made it difficult for me to motivate myself to stay in school.”

It wasn’t until Brandon landed an entry-level job at SRC Electrical that his future plans began to take shape.

“My job as production employee involved reclaiming stators – a stator is the stationary part of an alternator,” Brandon explained. “And that job really opened my eyes to the world of remanufacturing – I had no idea there were so many career options and opportunities for growth within the industry.”

Once Brandon saw the lucrative career potential that existed within the industry, he started to investigate opportunities for growth.

Around the same time, OTC officials partnered with SRC leadership to offer its employees the opportunity to earn a customized associate degree in manufacturing. SRC would pay for the employees’ tuition, books and student fees. Cindy Stephens, OTC’s director for technical innovation, played a major role in facilitating that partnership.

“SRC has always been good at ensuring their employees have access to high-quality training opportunities,” Cindy said. “However, they wanted training that would lead to a degree or credential. So I worked directly with SRC leadership to create an academic pathway specifically for their entry-level employees.”

When the program began in 2008, Brandon was selected to join the first cohort of employees who would earn their Associate of Applied Science in Manufacturing Technology at OTC.

“Going back to school this time was different,” Brandon explained. “I had the desire and drive to do well. Plus, I was with all my coworkers, so there was this friendly competition going on, and we had to get a C or better to stay in the program,” he added.

Once Brandon earned his associate degree from OTC, he went on to earn his bachelor’s degree in Technology Management from Missouri State University. This led to a big promotion at work.

Today, Brandon is a new product engineer at SRC Electrical. He’s currently working on his Master of Science in Project Management at Missouri State, and he says his five-year plan is to end up at SRC corporate.

“My next logical step would be to become an engineering manager at the company,” he said. “Looking back, I can’t believe how far I’ve come. I have both SRC and OTC to thank for giving me a sense of direction and the tools and training I needed to succeed.”