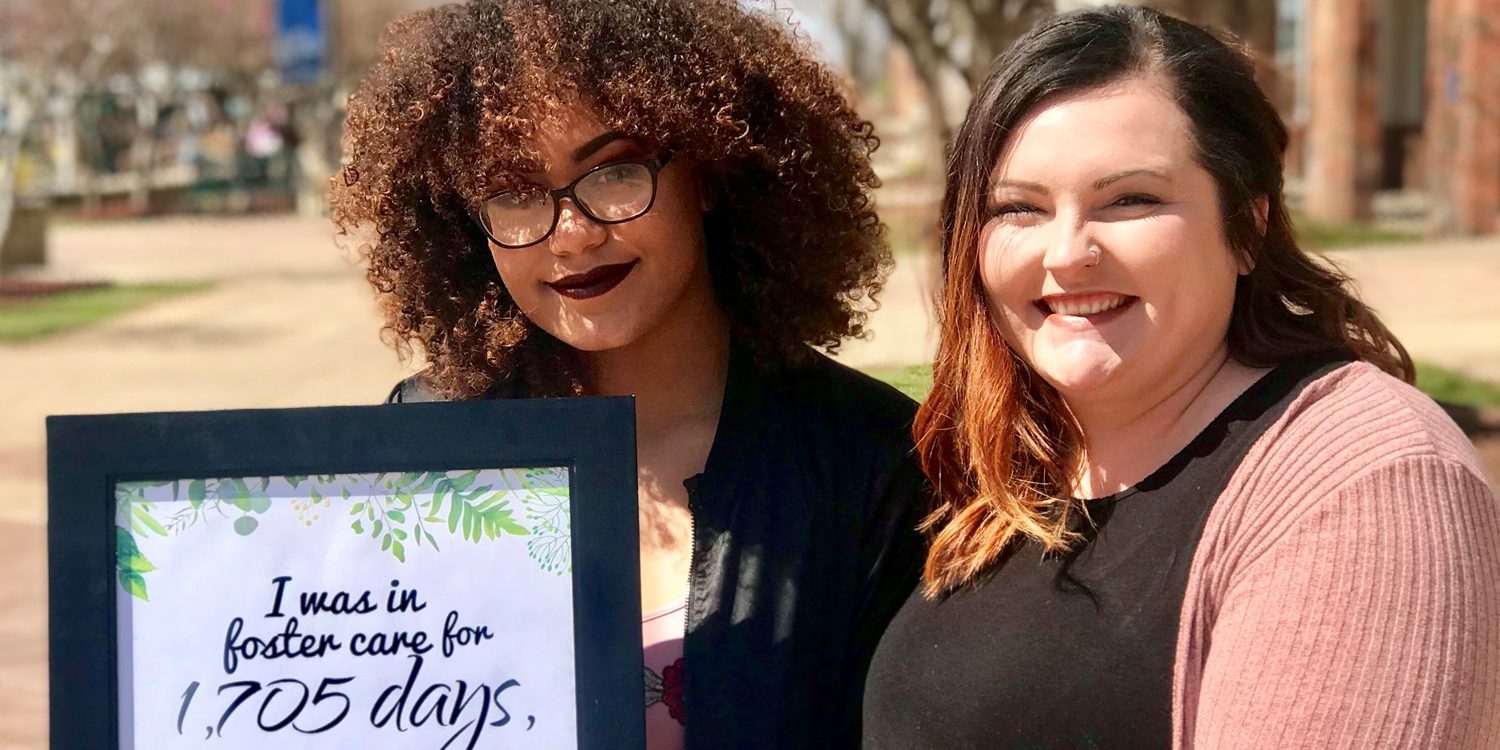 Daughters often follow in their mother’s footsteps, and OTC Middle College student Xana Hunt is no exception. The recently adopted 17-year-old is studying Early Childhood Development at OTC – just like her mom did not too long ago.

OTC graduate Racheal Hunt legally adopted Xana in February of 2018. While Racheal, 25, is just a few years older than her teenage daughter, she says there’s never a “perfect” time to become a parent.

According to the Lutheran Family and Children Services of Missouri, more than 7,000 kids enter Missouri’s foster care system each year. The Missouri Children’s Division has more than 19,400 children in its care right now. Of these children, approximately 1,300 are adopted annually. However, children over the age of 9 are 50 percent less likely to be adopted than younger children.

Knowing these facts, Racheal and her husband, Jarreth, always said they would foster or adopt when they were older. After all, Racheal found her passion for helping children and youth at OTC where she earned her associate degree in Early Childhood Development. She then transferred to Missouri State University where she earned her bachelor’s degree in Child and Family Development. Upon graduation, she became a foster care case manager at the Missouri Alliance for Children and Families, which specializes in providing care for older youth.

Racheal says she loved her job as a caseworker, but she found herself becoming too attached to the children on her caseload.

“I was calling, texting and visiting them more often than what was normally done,” she said. “So I asked myself, ‘Why not just go ahead and do this – day in and day out – as a foster parent instead?’”

In the summer of 2016, Racheal left her job as a caseworker so she could foster a 14-year-old girl on her caseload named Gabbi. The couple eventually adopted her.

A few months after the Hunts began fostering Gabbi, another caseworker contacted Racheal about Xana.

“At that time, there were no homes available for a child Xana’s age,” Racheal explained. “And unbeknownst to us, Xana was making plans to run away because she didn’t want to live in a residential facility, which is where she was headed unless she found somewhere to live.”

Xana, who was 15 years old when she first met the Hunts, had been close to adoption three different times by three separate families. But since none of those worked out, Xana said she worked hard to maintain her distance from her new foster parents.

“I knew right away that I would like living with Racheal, Jarreth and Gabbi, but I didn’t know how long I would stay,” Xana said. “At that point, I didn’t want to get close to anybody.”

Nevertheless, both Racheal and Xana can pinpoint the day they knew they’d be in each other’s lives forever. 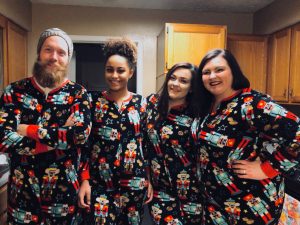 The Hunt Family (from left to right: Jarreth, Xana, Gabbi and Racheal)

It was New Year’s Eve 2016, and the family threw a big party to celebrate. Racheal said Xana finally opened up that night.

“We were having such a good night – laughing and bonding and playing games – and Gabbi piped up and said, ‘You should make Xana my sister,’” Racheal said, her voice cracking with emotion. “And it took me back for a second, because I wanted to be sensitive to Xana, knowing that she had these failed adoptions, and also we hadn’t considered the possibility of adopting another child yet.”

But Racheal and Xana say that conversation was all it took. Going forward, the family knew they were meant to be together.

On February 23, 2018, Racheal and Jarreth legally adopted Xana as their daughter. Xana, who had been in foster care for 1,705 days prior to her adoption, fought back tears as she described the day.

“The adoption made everything real for me,” she said. “I spent so many days in the foster care system moving from home to home to home. And then, all of the sudden, I’m not in foster care anymore. I have a home. I have a family.” 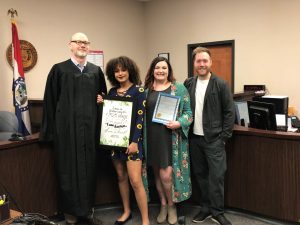 Racheal added, “The judge used the words, ‘as if this child was born to you,’ and that’s when we all lost it. Because, since that moment on New Year’s Eve, she’s been our kid. There was a lot of waiting building up to that day, and it was so emotional when we finally made it official.”

In addition to becoming a Hunt, Xana also underwent another big change this year. In January, Xana became a student at OTC Middle College.

“I was having a hard time at Central High School, and I am so much happier here,” Xana explained. “The students at OTC are so much more mature. Plus, you have all this freedom and trust from your instructors, and they care so much about your success as a student.”

This semester, Xana is taking classes in Early Childhood Development, Forensics, Composition and Painting. Racheal says talking to Xana about her experiences at Middle College reminds her of being a Middle College student herself.

“When I talk about how fate brought Xana in to our lives, I say it all stemmed from OTC,” Racheal explained. “Going into college, I never knew I would develop a passion for child and family development or land a job in foster care, but those experiences, they opened the door to Xana. And for that, I am forever grateful.”