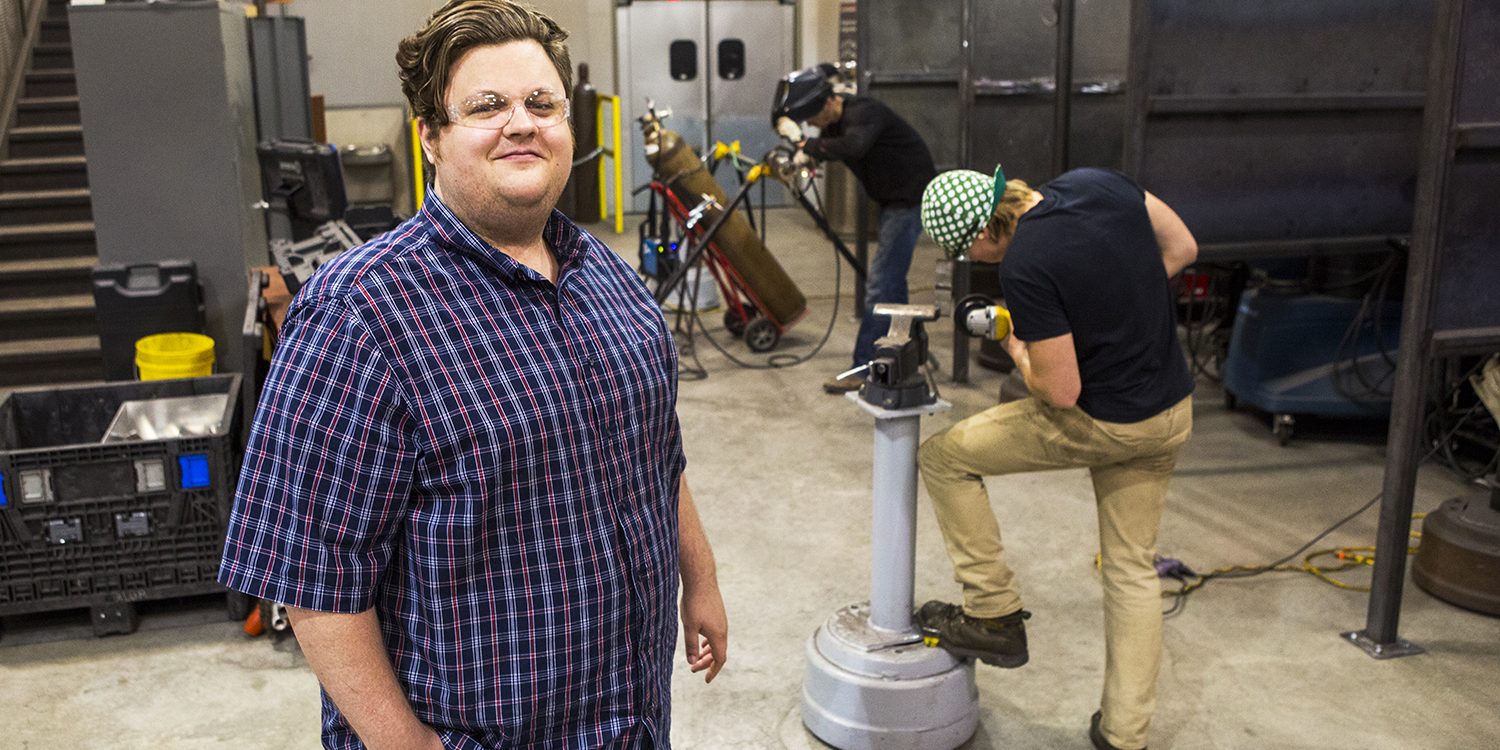 When Josh Green enrolled at OTC several years ago to study welding, his goal was to learn a worthwhile trade so he could move out of, what he called, his dead-end retail job. Before his college career was over, he had more than eclipsed that goal.

Josh was one of the first students to enroll in OTC’s 20-week Industrial Welding Program. By the time he earned his welding certificate and his Associate of Science in Machine Tool Technology, he was well on his way to a bright future.

This spring, Josh started work as a process metallurgist at Nucor Steel Co. in North Carolina.

The 20-week welding program Josh completed melds passion and principle that allows a student to complete 32 credit hours of direct welding instruction in just 20 weeks. Designed for beginning to advanced welders, the program features hands-on instruction five days a week for five months, giving students the training needed to find work as a welder in manufacturing, structural or architectural professions.

Students also are introduced to welding the various joint designs in different welding positions as well as orbital welding and manual welding of sanitary tubing. Upon completion, students receive a Welding Technology Certificate.

“I thought the welding would help me round out my skills. It allowed me to get more marketable skills. I really enjoyed the opportunity,” Josh said.

From welding metal to studying metal

After graduating from OTC in 2014, Josh enrolled at the Missouri University of Science and Technology in Rolla where he studied metallurgy. The idea of attending Missouri S&T came after a conversation Josh had one day with OTC machine tool technology instructor John Rude.

“We studied metals with him and he told me about Missouri S&T. I took a tour of the college and I knew I wanted to go there,” he said.

Josh’s goal was to get his degree and a job before he turned 30. He graduated from Missouri S&T May 13. He turned 30 three days later.

Josh believes one of the reasons he was hired by the North Carolina firm was the experience he obtained at OTC in welding and metals and his experience using those skills. He also interned with the company for six months before graduating from Missouri S&T.

“It was the skills and experience I got at OTC that really helped me stand out when it came to securing a job,” he said. “It made me more useful.”