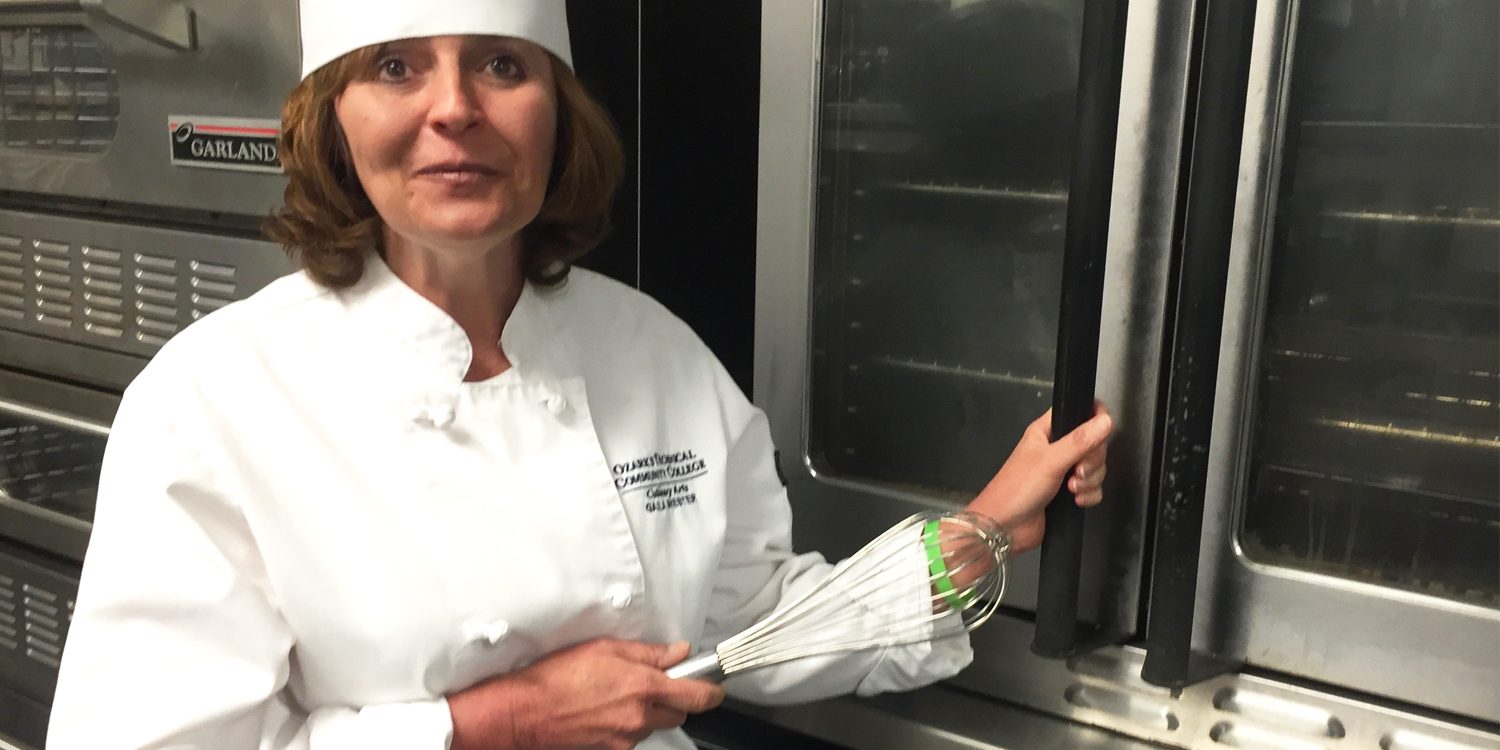 Every school day, Gaila Wester has 514 hungry mouths to feed. She’s not feeding birds or taken in too many stray pets, she’s feeding kids at the Fordland Grade School.

The “lunch lady,” as she calls herself, is learning new techniques and getting new ideas for ways to feed her Fordland flock as a student in the OTC Culinary Arts and Hospitality Management program.

“I’ve learned so much in my classes. It’s just unbelievable. I can’t tell you all the new things I’ve learned,” she said.

Wester has always been around food preparation. He parents ran a restaurant in Rogersville when Wester was in her 20s. After they decided to close the eatery, Wester thought her cooking days were over.

“I wasn’t planning on going back into that line of work again,” she said.

But she suddenly found herself working in the kitchens of both then-St. John’s Hospital and the Fordland School District, where she started out as a cook.

In 1997, she was promoted to the school’s food service director. Three years ago, she came to OTC and enrolled in the culinary arts program to get some additional education.

“The federal guidelines and professional standards called for the food directors to have a culinary degree. I kept my job because I was grandfathered in, but I was hooked on the classes so I kept taking them,” she said.

The baking classes at OTC have impacted her a lot. Wester said she has learned how to formulate recipes and make baked goods from scratch. She won the class contest version of the television program “Cupcake Wars” and enjoys cake decorating.

While most of Wester’s student eaters like hamburgers, pizza and hot dogs, Wester has been able to develop some healthier alternatives for those at Fordland.

She takes two or three classes a semester and hopes to have her degree in culinary arts and hospitality management soon.

“The knowledge has been so good for me. I’ve gained so much from the classes,” she said.