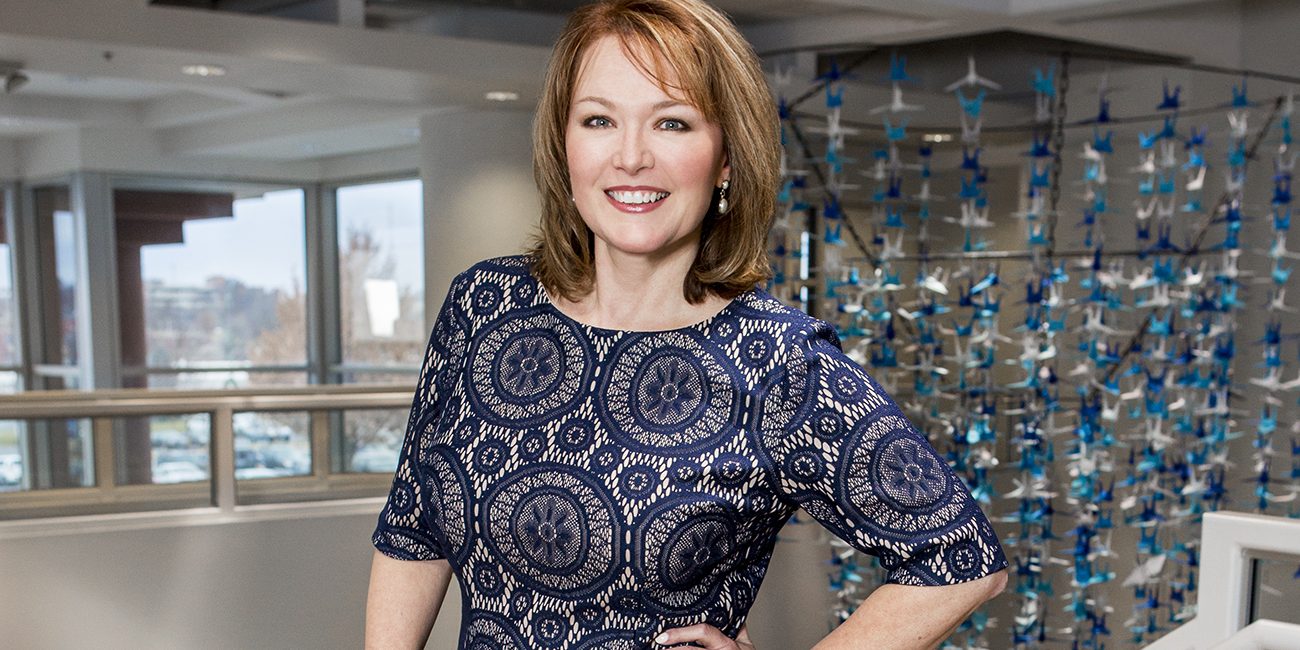 Tracy McGrady did not dream of being the provost and vice chancellor of academic affairs at OTC until Steve Bishop, the then-current provost, told her that he was going to call it quits.

“I wasn’t really thinking about the position but then Dr. Bishop said he was retiring. He also told me he thought I’d really be great as provost, if it’s something I wanted to do. I started thinking about it. I’m glad I applied,” she said.

McGrady went through a robust interview process, earned the job in the fall of 2016 and she will officially assume her duties on February 1, 2017.

“It’s been great since I was named. So many people and faculty have reached out. They said how happy they were that I was selected. That’s been wonderful,” McGrady said.

Bishop said he has great confidence in McGrady as the next provost.

“I have nothing but admiration for her. She will pick it up and improve what’s going on here,” Bishop said.

McGrady is still settling into her new job, which she assumed earlier this month, but her learning curve should be short, thanks to the wealth of experience she has garnered during her 16-year tenure at the college.

“I started here in 2001 as a full-time faculty member teaching communications. I also worked in admissions for a time and served dual appointments in 2008 as an instructor and director of grants. I held those positions for three years and worked as an assistant to then vice chancellor Cliff Davis, for about a year and then went to the OTC Richwood Valley Campus as dean of students and academic affairs,” she said.

A native of Bolivar, McGrady said she understands that she is joining a short list of provosts who have served at OTC and wants to get off to the best start she can.

“The very first thing for me is getting out and meeting with faculty, program directors and department chairs. I know a lot about OTC but there’s a lot I still need to learn. I want to know where the challenges are,” she said.

McGrady said Bishop has been a great mentor to her in the transition period.

“I have learned so much about serving as provost from watching Steve’s quiet and confident leadership. He has handled the challenges of the job with grace and has always acted in what he believes to be the best interest of our students,” she said.

“Steve, a true teacher at heart, has deep respect for our faculty and has found creative ways to recognize OTC’s many great teachers.”

At Richwood Valley, a small, intimate campus, McGrady helped create an atmosphere that was student-centered and where faculty wanted to teach. Supporting her front-line academic professionals and, subsequently, the students will be her top priorities.

“Anyone who works for a college, their first priority is doing what’s best for students. How do I do that? By supporting faculty. At least 70 percent of the time students spend on campus is spent in a classroom. Faculty can have an impact on students. I want to do what I can in supporting the college’s mission and students through support of faculty,” she said.

“I would like to develop a faculty center for teaching excellence. Most colleges and universities have them. We don’t. It would be a place that’s a real resource for all faculty.”

McGrady hopes her background in communications will be a strength for her to talk with various groups on the college’s campuses and centers.

“That’s why I want to get out and visit people. I want to develop relationships. It’s going to take time. I want to foster those open lines of communications, and I want to be transparent. I will be making unpopular decisions at times and I want people to fully understand why I made the decision I did.”

Joan Barrett, vice chancellor for student affairs, said when McGrady makes a decision, she is careful to consider its impact to all involved.

“Her respect for others is what I admire most. She is a decisive, kind person, demonstrating leadership in both large and small ways. What a gem she is for OTC. Much of our work involves solving problems and Dr. McGrady is a wonderful collaborator in that regard,” Barrett said.

One decision she’s not going to make anytime soon is what she wants to do after serving as provost at OTC.

“I don’t see myself going on to another position but, then again, I never saw myself doing this,” she said.