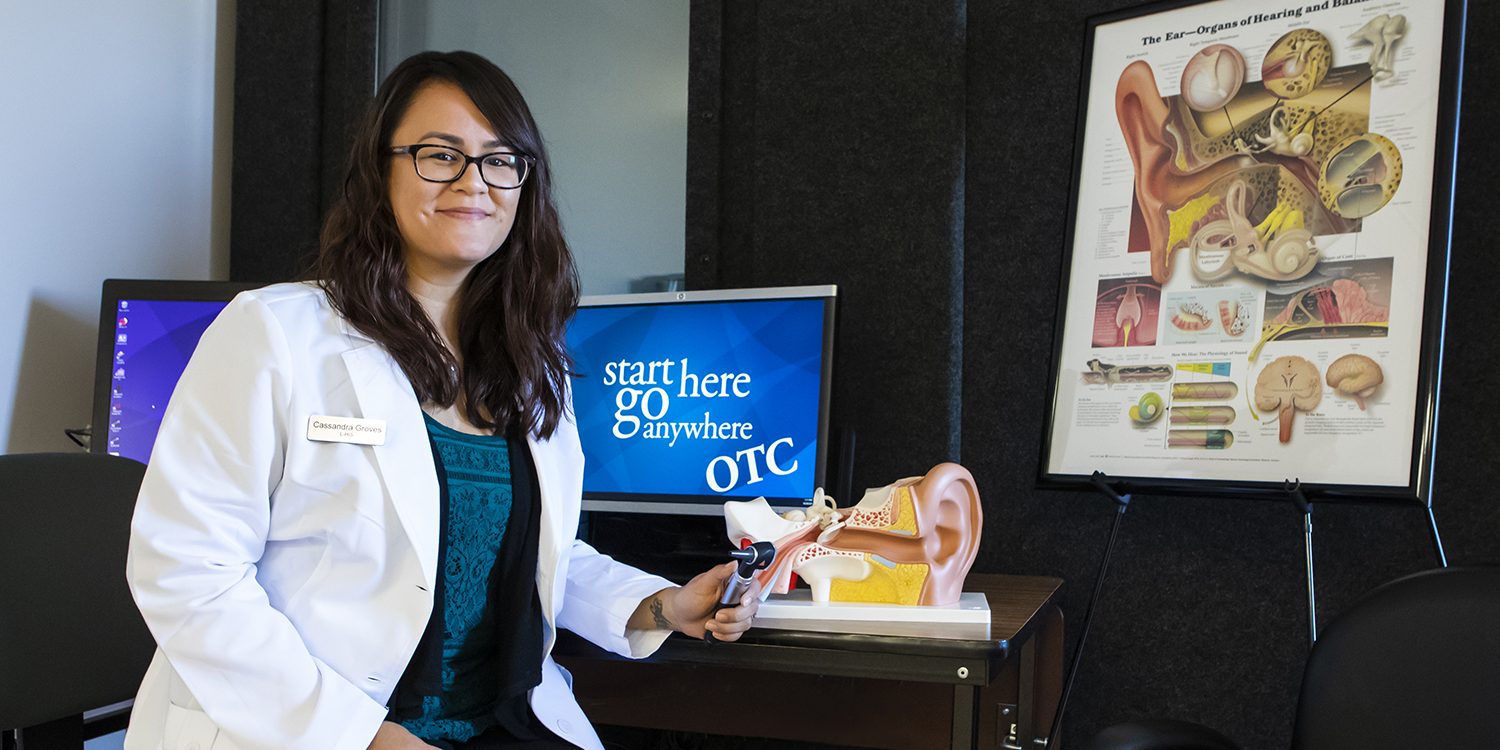 If Cassandra Groves’ life were a book, the title would be “Overcoming It All.” Looking back, the U.S. Army veteran and mother of four credits much of her success to OTC. Encouraged by her foster parents, Cassandra earned both her GED and Associate of Applied Science in Hearing Instrument Science from the college.

Today, Cassandra is a hearing instrument specialist working in Joplin – though she admits that wasn’t always the plan.

“After I earned my GED through OTC, I just wasn’t doing anything with my life – and I knew I was better than that,” she said. “So I joined the military thinking that would be the swift kick I needed, and I was right. In many ways it was exactly what I needed at the time.”

Cassandra credits her military experiences for the strong work ethic she has today. But when she left the military in 2009, she also separated from her husband and became a single mother of two children. She wasn’t sure what to do next.

“That’s when my foster parents were like, ‘you’re going to school – that’s what you’re going to do,’” Cassandra explained. “So I went to back to OTC and got accepted into the Hearing Instrument Science Program. The rest was history.”

At OTC, Cassandra’s schedule was grueling at best. On top of a full course load, she worked 40 hours a week at Drury University and spent as much time as she could with her young children. Cassandra admits there were several days she wanted to quit. But she credits her instructors and classmates for keeping her going.

“My classmates and I, we became a team. We were in this together,” she said. “And with our instructors, we all knew we could come in any time – at the drop of a hat – and get the help we needed.”

Cassandra stuck with the program, and graduated in December of 2014. She earned her license soon after. Hearing instrument specialists typically work on commission, but Cassandra secured a non-commission job with Hearing Lab Technologies at the Sam’s Club Hearing Center.

“I knew I wanted to work for Hearing Lab Technologies because I would get that set paycheck every month, so I emailed the district manager to express my interest,” Cassandra explained. “And I did this every month for about six months until she wrote back and said, ‘Hey I think I have a position for you. Can you come in for an interview?’”

Cassandra seized the opportunity, and she’s been happily employed there ever since. Looking back on her first few years in the field, Cassandra says she was “over prepared” for her job thanks to the holistic approach of the college’s Hearing Instrument Science Program.

“Not only did my instructors teach me the science of hearing, but they also gave me the soft skills needed to connect with patients from different walks of life,” Cassandra explained.

Despite her early challenges, Cassandra persisted and reaps the benefits of her hard work every day. She’s now happily married with four children and keeps in touch with the instructors who gave her the tools and resources needed to succeed in the field.