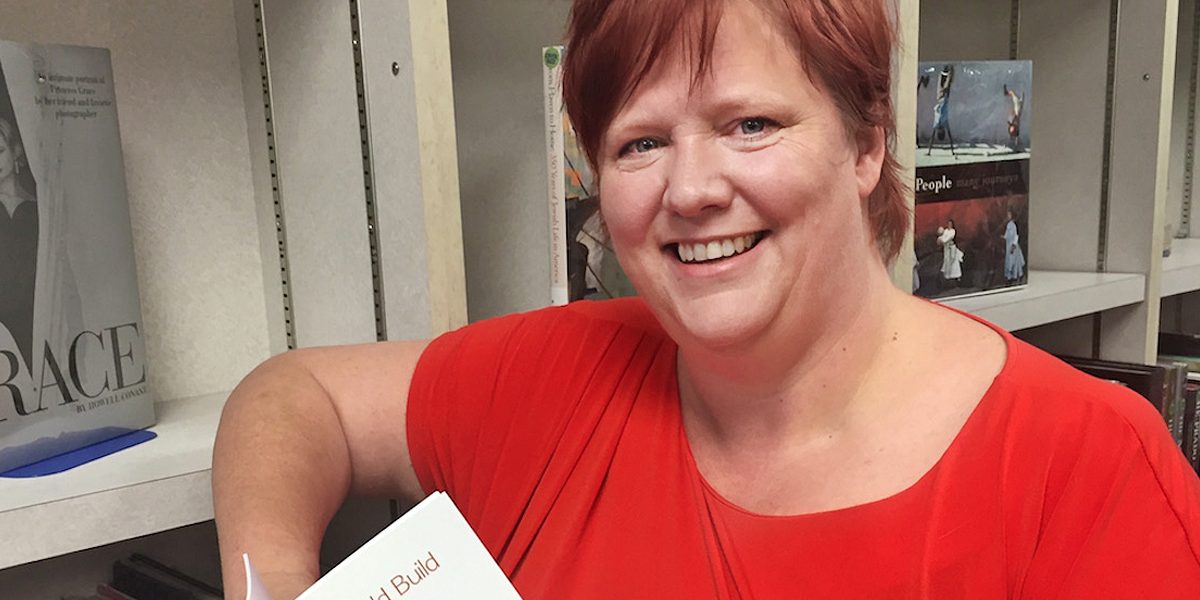 When Karen Craigo sits in front of a television to watch reruns of “Bewitched,” the OTC adjunct English instructor doesn’t consider it wasting time.

She calls it research.

Craigo, who teaches English Composition I and II at the OTC Springfield Campus, is also a successful poet and is currently working on a book of poems dedicated to classic television shows like “Bewitched,” “I Dream of Jeannie,” “The Addams Family,” Happy Days” and “Laverne and Shirley.”

“I grew up with those shows and I love them. I’ve spent so much time with these folks. Some still think they are too high-brow for Laverne and Shirley, but they have become an art form.”

Craigo said she tries to write a poem every day. Earlier this week, she wrote about the “Happy Days” character Fonzie who famously jumped a shark on water skis while wearing his signature leather jacket. The term “jumped the shark,” which has made its way into English slang and refers to something that is declining in quality, orginated from that episode of “Happy Days.”

“I don’t want to take interpreting the characters too seriously, but writing about them takes me to deep places. Fonzie is like Superman. Laverne can get you to think about mortality,” she said.

Craigo has written about television characters before, including one dedicated to the Professor from “Gilligan’s Island,” played by Russell Johnson, which she wrote when the actor died. Here is an excerpt:

“I heard the Professor died today.

That guy knew everything
about weather, electronics,
the anthropology of headhunters,
rock bands, magicians. …

powered only by coconuts, tuned always
to surf music, but frequently interrupted
with what news an island requires.”

Craigo turned her writing abilities to classic television after writing two books of poetry with parents and children as the subject.

“A lot of my poems are about parenting and about kids,” said Craigo, who has a husband, two sons, a cat and a bunny at home.

Her latest book of poems is entitled “No More Milk” and will be released next week. It is available for pre-order through Sundress Publications. She is scheduled to do reading from the book at Missouri State University, Morehead State, where she went to college, and Bowling Green University in Ohio, where she taught.

She writes a blog that can be found at www.betterviewofthemoon.blogspot.com. Her reading schedule will be posted there when it becomes available.

Of all the places she has taught, Craigo said she enjoys her OTC students the best, whom she greets in her 7 a.m. class during the school year.

“I love it here. I love my students. I’ve taught at big universities and private universities and the OTC students are the ones I enjoy best,” she said. “They take their work seriously, but they have a sense of humor.”